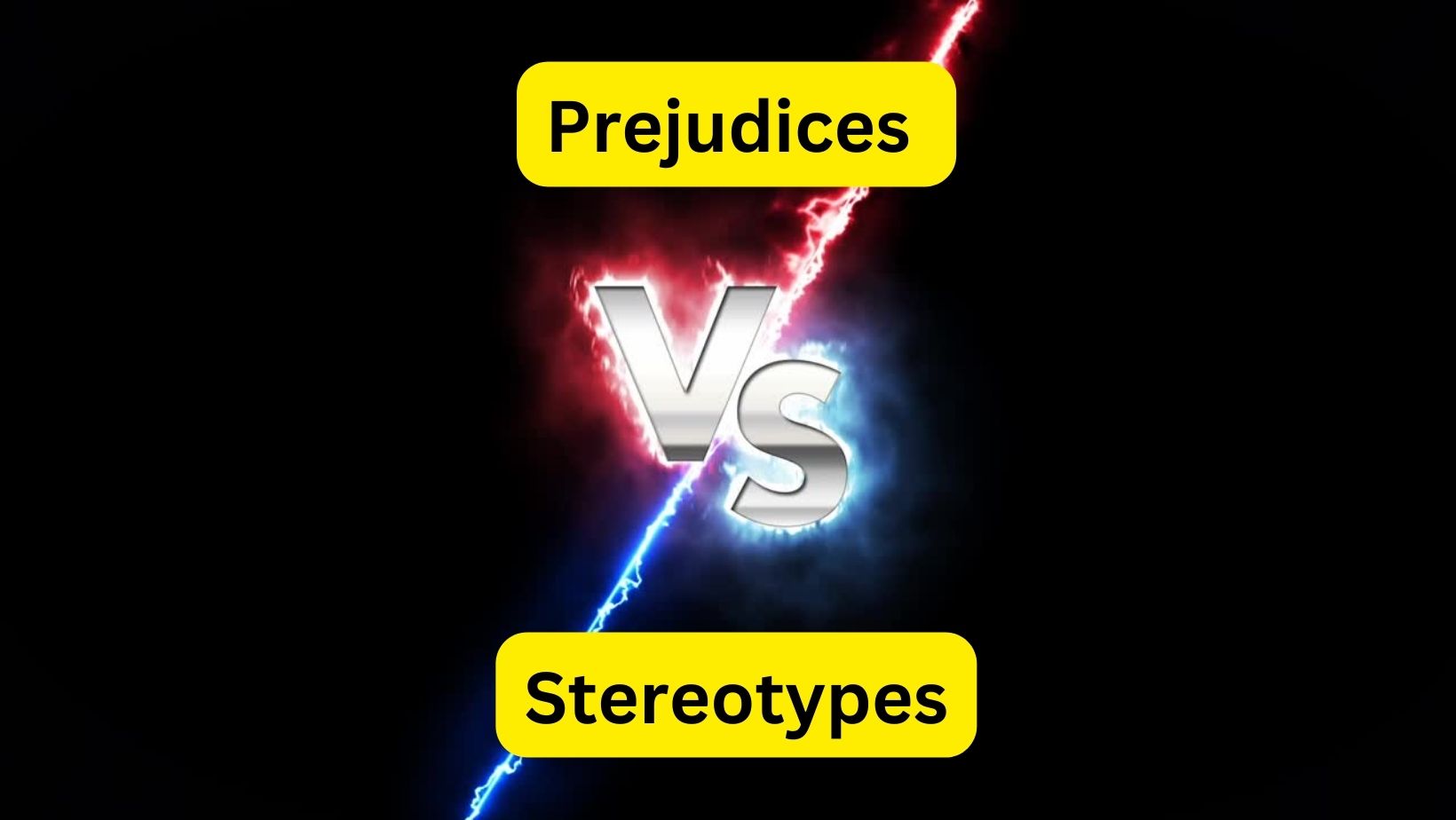 Difference between Prejudices and Stereotypes

What is a Prejudice?

A prejudice is a preconceived idea, either positive or negative, that one has about an individual who is part of a group.

Prejudices, then, are individual conceptions lacking all the information necessary to have an objective opinion. Hence, they are biased and subjective judgments about a person or groups of people.

In addition, prejudices have an affective or emotional component, since they guide behavior based on what they think they know. As prejudices are generally negative, the affective component is often expressed with hostility, distrust and even hatred.

For example, someone is convinced that people of a certain nationality are scammers, even if they have no proof. If you come into contact with a person from that country, surely their behavior will become hostile, rude or avoidant, so as not to be a “victim” of a possible scam.

There are several types of prejudices, depending on whether they are based on social status, language, gender, sexual orientation, etc.

They are the preconceived ideas about a person for belonging to a certain social class. Similarly, the belief that one class or social stratum is superior to another is a social prejudice called classism or class prejudice. Social prejudices can be in two ways: the one who is in a lower stratum may have biases against those who are in a higher stratum.

Examples: the belief that someone prosperous surely made a fortune illicitly or being hostile to a person in poverty because it is assumed that they have criminal intentions.

It is a belief based on the language (language) or linguistic variation that a person uses. A linguistic prejudice, then, is to believe that because someone does not speak in the same way that we are doing it wrong, they have some pronunciation or learning problem. It is also true to believe that there are languages ​​better than others, or easier to speak than others.

Example: believing that a person of Argentine nationality speaks badly because he says “t-shirt” instead of a shirt. That person is not misusing the language; he is speaking according to the linguistic variation of the Spanish language that exists in his country.

These are beliefs rooted in the conception that a person is “superior” or “inferior” because he belongs to a certain culture or nationality. When these prejudices are negative, they lead to racism and xenophobia.

Examples: assuming that English are punctual and expecting that quality from any English. On the other hand, believing that people of African descent are or could become criminals is a fairly common negative prejudice.

They are the ideas we have about someone because of their religious beliefs. That is, the negative qualities attributed to the believers of a religion or cult is transferred to a particular person only because they share the same belief. This type of prejudice gives rise to different forms of discrimination, such as Islamophobia or anti-Semitism.

Example: the attitude of rejection towards a Muslim man because it is assumed that he has fundamentalist or radical ideas.

What is a Stereotype?

A stereotype is a simplification of the characteristics of a group of people, based on generalized beliefs. In general, stereotypes are created from a few qualities (positive or negative) that a group has in common, from which similar relationships are established with all the individuals that belong to that group.

Stereotypes are collective consensuses, since they are representations shared by a large number of people (family, community, society). In addition, they have a cognitive component, since this consensus is taken from justified and rationalized perceptions.

A common example of a stereotype is the media representation of Mexicans dressed as mariachis. The collective (society, the media) stereotypes them that way because the idea is rationalized that if the mariachi is something indigenous to that country, then the entire population can be identified in that way.

The simplifications that give rise to stereotypes vary depending on the type of group (social, linguistic, ethnic, and religious, etc.), hence there are several types.

Example: the caricature of people living in poverty, who are usually represented with torn or dirty clothes, disheveled or without teeth. While the stereotypes of the highest strata frequently show young and attractive people.

They are the representations that are made regarding people with disabilities. These generalizations not only generate discrimination, but also have a direct impact on the planning of policies that can guarantee access to their rights.

Examples: images or representations that show them as sick, useless, little capable people, without the possibility of emotional bonding or violent (in the case of psychiatric patients).

They are the set of generalizations that are made about a group according to its gender. Based on this, it is assigned characteristics, behaviors, attitudes and expectations that are part of the social imaginary and are used to represent them.

Examples: representations of women as a housewife or caregiver, while men are represented as an authority figure, professional and with physical strength.

Stereotypes about ethnicity or nationality

They are the representations about a group based on its ethnic origin or nationality. These collective consensuses often encourage prejudice, by promoting the categorization of people according to their phenotypic characteristics or their place of origin.

They are all generalizations regarding a group that professes a certain religion or belief. This gives rise to reductionist representations that usually attribute negative qualities to minority religious groups and positive qualities to the dominant group.

Examples: the representations of Muslims as terrorists and of Jews as greedy or usurers.

They are the set of social beliefs regarding what a group is like according to the sexual orientation of its members. In this case, the group is categorized based on characteristics such as way of dressing, speaking, use of certain colors, performance in certain professions or trades, etc.

Example: the caricature in the media of homosexual men, presenting them with feminine features and attitudes, especially for humorous purposes.

They are the whole set of social perceptions regarding the qualities, attitudes and behaviors expected according to the age group. And although age stereotypes have representations in different life stages, in Western societies negative qualities are almost always attributed to the stage of old age.

Example: representations that show the elderly in a passive role, forgetful, weak and alone.