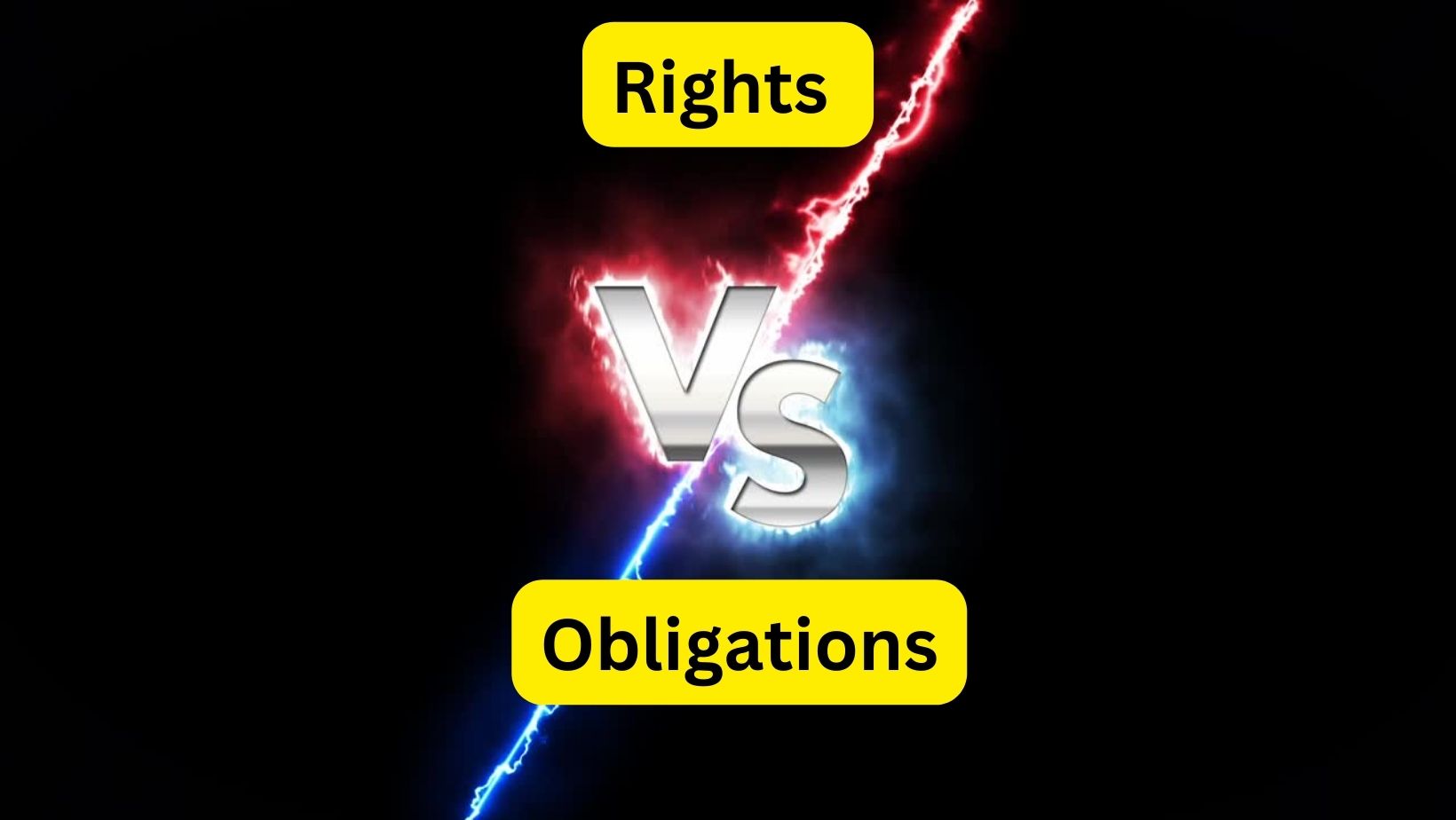 Rights are the freedoms or benefits of citizens and generally must be provided by the state. Obligations are the commitments or responsibilities that citizens acquire in the exercise of their rights. This means that there are no rights without responsibilities, and vice versa.

Difference between Rights and Obligations

Rights are the provisions or guarantees that people have to be able to enjoy a series of freedoms that must be provided by the State.

The rights of citizens are established in the constitution of each country and therefore may vary. However, all citizen rights are based on Human Rights, a series of universal postulates created by the United Nations in 1948.

In that sense, these are the most important human rights:

All citizens have the right to life, and this right will materialize in different ways according to the laws of each country. However, in general terms, the States are obliged to seek all the necessary mechanisms so that this right is protected.

This includes legal mechanisms, protection against diseases through public health mechanisms, medical care for pregnant women, social measures for the protection of people and infants in vulnerable situations, etc.

Right to freedom of expression

Everyone has the right to express their opinions and ideas freely, as long as the expression of this right does not violate the rights of others, are not defamed or their private life or reputation is exposed.

Although the exercise of this right should be taken for granted in all countries, the reality is that in many of them (especially those facing authoritarian regimes) not only is it not enforced, but citizens are coerced to avoid expressing their ideas with freedom.

Every citizen has the right to associate freely with third parties, as long as it is done legally, respecting the rules established by each country for these cases.

This right is especially useful in economic activities, since they can generate a positive impact on the local, regional or global economy, directly or indirectly benefiting other people.

Everyone has the right to have access to the educational system. For this, each State must seek the relevant means to achieve it, understanding that this right is expressed in the incorporation of citizens to free and compulsory primary education, to accessible secondary education and to an equitable higher education (that is, that any person who meets the necessary academic requirements can have access).

This right is expressed in the obligation of the States to provide a free and quality public health system for their citizens, and that they can have access without discrimination.

The right to health must be of a preventive nature in the first instance; this helps to guarantee better living conditions and a lower incidence of diseases in the population.

The careers have the right to a universal and secret vote to choose their rulers, either in local or national instances.

However, in practice this right continues to be limited for many women in various countries of the world, which represents a major challenge for social evolution.

Anyone has the right to move freely in the territory of which they are citizens, and they can move to other territories as long as they comply with the legal provisions in force in the countries where they move.

For its part, each State is free to establish the mechanisms it considers to limit free movement in situations that warrant it (disturbance of public order, natural catastrophes, etc.).

States must promote measures that stimulate the activation of the economy through job creation.

On the other hand, it is also the responsibility of the States to establish protection measures for workers, both to guarantee their access to the economic system through employment, and so that they receive fair treatment that allows them to carry out their work and contribute to society.

Everyone has the right to decent housing that provides the basic conditions for their bio-psycho-social development.

The States must guarantee this right through the implementation of measures that allow citizens to have access to housing, either through public, private or mixed initiatives (low-income housing, microcredit’s, etc.).

Citizens have the right to acquire properties in their name, either as natural or legal persons, as long as it is done within the legal framework of each country.

What are the obligations?

Obligations are a series of responsibilities that must be honored by citizens, and in many cases non-compliance carries legal sanctions.

As with rights, citizen obligations vary according to the constitution of each country; however, these are some of the most common in many current laws:

Defend the constitution and laws

All citizens must respect and defend the constitution of their country and contribute to social coexistence by abiding by the corresponding laws.

Defend the territory in case of armed conflict

In some countries, it is compulsory to provide military service, as well as citizen participation in cases that warrant military actions, prior call of the corresponding authorities, such as attacks on sovereignty or national territory.

This obligation refers to the participation of citizens in civil or military activities in cases of natural disasters, situations of social upheaval.

Citizens are obliged to promote harmonious social coexistence by complying with the laws and also with all those actions established by legal mechanisms that contribute to citizen peace.

In everyday practice, non-discrimination and social inclusion are two ways of doing it.

Actively participate in the community

Citizens are expected to have an active participation in the construction of peace and social progress through multiple channels established by each country.

The payment of taxes by citizens serves to finance public spending, so in many laws it is an obligation that is severely sanctioned if it is not fulfilled.

To pay taxes, each country establishes its own requirements, but generally you have to be of legal age, carry out an economic activity and generate a minimum of monthly or annual income.

Rights and obligations of children

Boys and girls also have rights and obligations. In this sense, their rights are established in the Convention on the Rights of the Child, published in 1989 by the United Nations.

For its part, its responsibilities are generally drawn from a document called the Universal Declaration of Human Responsibilities, released by UNICEF.

Among the most prominent principles are the right to identity and the right to be protected by the State against any form of economic exploitation.

For their part, children’s obligations include respecting other children and sharing the knowledge acquired in school with other peers, especially if the latter have some kind of disability or physical or mental condition.