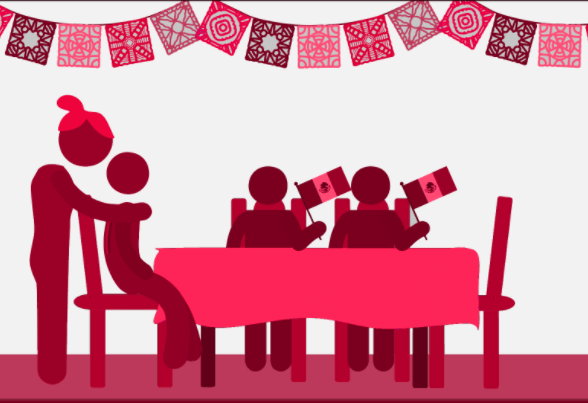 The values are qualities or attributes considered positive, necessary and desirable humans assigned to objects and other humans. They are characterized by being associated with the idea of ​​”good” or by being useful for individual and social life.

Anti- values, on the other hand, are also attributes that are assigned to objects and people, with the exception that these represent something negative, unnecessary or undesirable, that is, they are associated with the idea of ​​“bad”. In this way, the antivalues ​​are the counterpart of the values. When an antivalue manifests itself in a subject or object, it implies an evil for something or someone.

Difference between Values and Antivalues

Generally speaking, values ​​are qualities attributed to objects that human beings see as positive, necessary, and / or desirable.

Thus, a large majority of values ​​are based on subjective motivations, on the positive or practical result that possessing certain qualities implies, associated with the idea of “good” or “useful”.

The values ​​themselves are not a material object, but are attributes that can satisfy a need or desire, assigned by people to something or subject. That is, a value is a quality that someone perceives in a subject or object, be it material or ideal (such as the idea of ​​beauty).

Values ​​(and antivalues) as attributes are a way of ascribing qualities to something or someone. To say that a person is “good” or that stealing is “bad” is to attribute a value. Thus, the values ​​are expressed in a predicative way.

This is why many thinkers point out that both values ​​and anti-values ​​are based on a subjective perspective rather than on the objects or people to whom they are attributed.

In the same way, values ​​are not always equivalent to ethical precepts or moral ideals. Even if there are moral values, there are also values ​​that are related to economic processes, such as the use value of an object, or also aesthetic values ​​related to the idea of ​​beauty when contemplating a work of art.

It is common for values ​​to be seen as innate qualities in the human being. In this way, freedom, for example, is thought of as a value that each person possesses. Likewise, values ​​are understood as behavioral guides for human beings. In this case, values ​​such as honesty are a way of acting that people is expected to have, for the social good.

Characteristics of the Values

An antivalue is understood as something that is not desirable, because its presence leads to negative results. For example, ineffectiveness can be seen as an anti-value because it implies the non-realization of an expected result. If a company has certain objectives and the workers are ineffective, the objectives will not be achieved. Hence, an antivalue is undesirable, does not generate utility and is unnecessary.

Furthermore, antivalues ​​represent an antithesis (opposition) of what values ​​achieve socially. Anti-values ​​such as slavery destroy the harmony of social life, if freedom is seen as a human value (and right). In a society where there is slavery, for example, there is also an anti-value such as injustice. In that case, they are anti-values ​​in a moral sense.