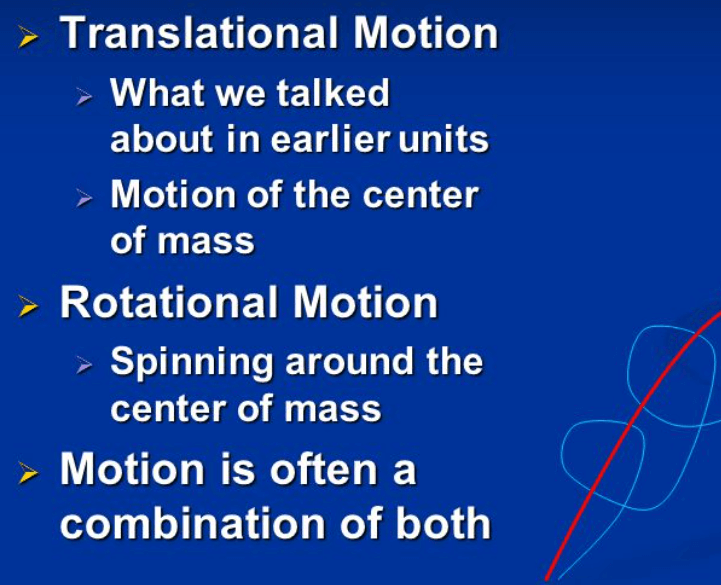 Difference between Rotational and Translational Motion

What is Rotational Motion?

The rotation that the planet Earth makes on its own axis by the action of gravity is called rotational motion.

This motion in which the Earth rotates lasts for 24 hours, which allows time to be measured throughout the day. As the planet Earth rotates, it exposes one part towards the Sun and the other remains in the shadow, thus the day and night happens in different parts of the world.

As a consequence, the different areas of the planet have different schedules. For example, when in Mexico it is 2:00 pm, in Russia it is 10:00 pm. The city of Gisborne in New Zealand is the first to be illuminated by the sun’s rays.

The rotational motion goes from west to east, counterclockwise, so the sun rises in the east and sets in the west. Thanks to this we can locate the cardinal points, just as it can be determined taking into account the location of the Moon at night.

In addition, the rotational motion allows the winds and ocean currents to move in the opposite direction in each hemisphere, producing a phenomenon known as the Coriolis Effect.

Due to the speed and constant spin of the planet during the rotational motion, the shape of the Earth is not completely round. Rather, the poles are flattened and the center widened.

What is Translational Motion?

The translational motion occurs when the planet Earth rotates in its orbit around the Sun by the action of gravity.

This motion, from when the Earth begins to go around the Sun until it reaches the point where it began, lasts approximately 365 days and 6 hours.

The additional 6 hours accumulate until they become 24 hours after 4 years. For this reason every 4 years there is a year with 366 days known as a leap year, February 29 is the additional day.

Just as the rotation motion allows to measure the hours of the day, with the translation motion the days of the year can be counted.

As the Earth’s axis is inclined, the translational motion occurs at an angle of approximately 23.5º with respect to the elliptical.

The path of the Earth around the Sun is slightly elliptical and the average speed of displacement on the plane of the elliptical is 108,000 kilometers per hour.

The farthest point the Earth gets from the Sun during the translational motion is 152,098,232 kilometers away. This distance occurs in the month of July and is known as aphelion.

On the other hand, the closest point of the Earth to the Sun is 147,098,290 kilometers away during the month of January and is known as perihelion.

The seasons of the year depend directly on the position of the planet in the orbit during the translational motion. These begin at different times of the year and are known as solstices and equinoxes.

During the translational motion the speed with which the Earth moves varies: when it is closer to the Sun the speed increases and when it moves away the speed decreases. As a consequence, the seasons have different duration times and do not always start on the same date.

In addition, the tilt of the Earth causes the sun’s rays to arrive with different intensity in each hemisphere of the planet, causing some areas to receive more solar radiation than others.

Thus, summer, autumn, spring and winter can undergo changes depending on the proximity of each hemisphere to the sun.

Theories on Translational and Rotational Motions

Formerly it was believed that the Sun, the stars and the stars revolved around the Earth, located in the center of the galaxy. This theory is known as geocentrism.

The astronomer Nicolas Copernicus (1473-1543) dedicated himself to the task of studying something totally opposite, the heliocentric theory. According to this theory, the planet Earth is the one that revolves around the Sun.

The heliocentric theory was published in the book by Copernicus entitled on the gyrations of the celestial orbs in the year 1543, displacing the geocentric hypothesis.

Copernicus observed the motion in the position of the stars in the sky and thus concluded the rotation of the Earth. This theory was later confirmed by Galileo Galilei (1564-1642).

Based on the heliocentric theory, the Earth is in constant motion along with the rest of the planets and bodies in the solar system. The two types of motion it does are rotational and translational, which, while imperceptible to human beings, have a significant impact on everyday life.