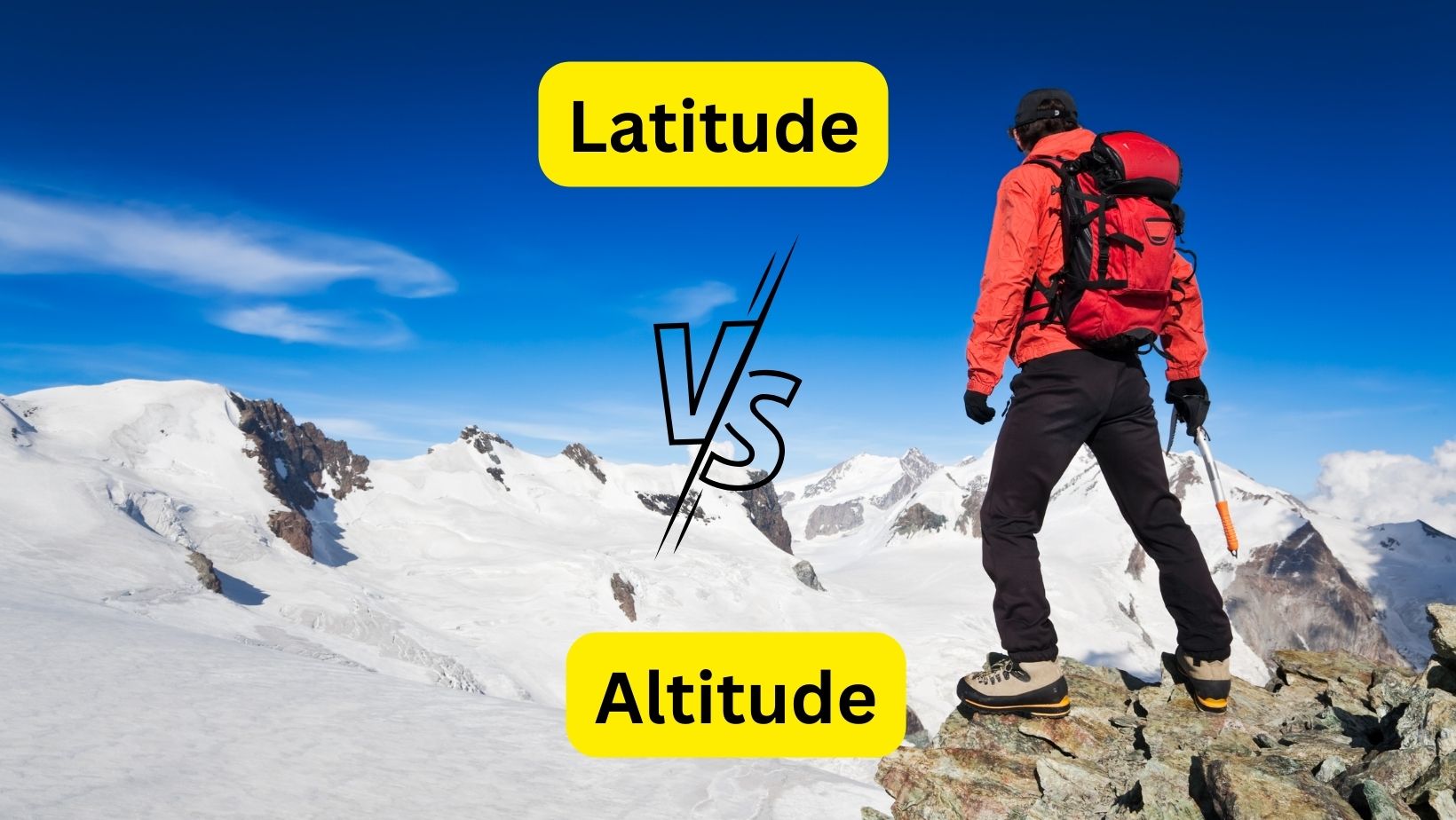 What is the Difference between Latitude and Altitude

Let’s check below what is the difference between latitude and altitude.

It is the distance that exists between any point on the earth’s surface with respect to the equator and zero parallel, expressed in degrees (°). Parallels are imaginary lines perpendicular to the earth’s axis that divide the earth into two large areas: the northern hemisphere and the southern hemisphere.

As we will see below, the parallels create four large latitudinal zones:

It is made up of the Arctic and Antarctic Polar Circle. Freezing weather prevails due to the absence of sunlight for long periods of time. It is located between 66 ° and 90 ° latitude.

Temperate zone: it is between the polar circles and the intertropical zone. The climate is polar, temperate and subtropical. It is located between 20 ° and 70 ° latitude.

It owes its name to its location, since it is between the tropics of Cancer and Capricorn. It is an area of ​​great biodiversity, located between 30 ° north latitude and 30 ° south latitude.

How is Latitude Measured

Latitude is obtained by knowing the angle formed by a line drawn from any point (P) to the polar axis, taking the equator as a reference.

The degrees or tenths of a degree of an angle are also expressed in latitude, and are presented according to various systems. Using the latitude of Mexico City as an example, they would be:

Altitude is the distance measured by any point on the earth’s surface, taking the mean sea level as a reference, expressed in meters (masl).

It should be noted that meters above sea level are a measure used almost everywhere in the world, with the exception of North America and the United Kingdom; where a measurement called foot ( foot) is used, which is equivalent to 30.48 centimeters.

On the other hand, altitude is measured vertically, hence it is confused with height and they are used as synonyms. However, height measures the vertical distance of a land point from any reference point, not necessarily above sea level.

An example of a geographic area with a prominent elevation is Pico Orizaba, the highest point in Mexico with an altitude of 5,610 meters above sea level.

Due to the shape of planet Earth and its geographical characteristics, mean sea levels vary and therefore the altitudes of various regions are different.

In that sense, there are two ways to calculate mean sea level:

It is the vertical distance of a terrestrial point with respect to the terrestrial geoid (theoretical surface of the Earth), and it is determined by the intensity of the gravitational field in different points of the planet.

It is the vertical distance of a terrestrial point with respect to the terrestrial ellipsoid (it is a reference frame of the shape of the Earth, but much simpler than the geoid). It is a measure used in spatial geodesy.

Discrepancies between geoid and ellipsoidal earth models can lead to confusion or miscalculation. For this reason, the orthometric height is usually the measure used by the official institutions in charge of measuring the national territory.

How is Altitude Measured

There are three methods to know the altitude of a point on the earth’s surface:

The altimeter is a precision instrument used in aviation and is used to determine the vertical distance between the ground point where it is located and a reference system. It is based on the relationship between atmospheric pressure and altitude (the lower the pressure, the higher the altitude).

A global positioning system, or GPS, is a position sensing platform that works with a network of satellites.

When a user of the GPS system requires knowing an exact altitude, data from at least four satellites are collected and combined, resulting in a distance with a margin of error of up to five meters.

It is a graphic representation of a surface, very similar to 3D and made from digital aerial or satellite photographs.

Longitude refers to the distance of any point on the earth’s surface from the zero meridian or Greenwich meridian, which divides the earth into the eastern hemisphere (west), and the western hemisphere (east).

Remember that meridians are imaginary lines in the shape of a semicircle that cross the Earth from the North Pole to the South Pole.

The concept of longitude is almost always related to that of latitude because these two magnitudes are required to be able to locate the coordinates of a place.