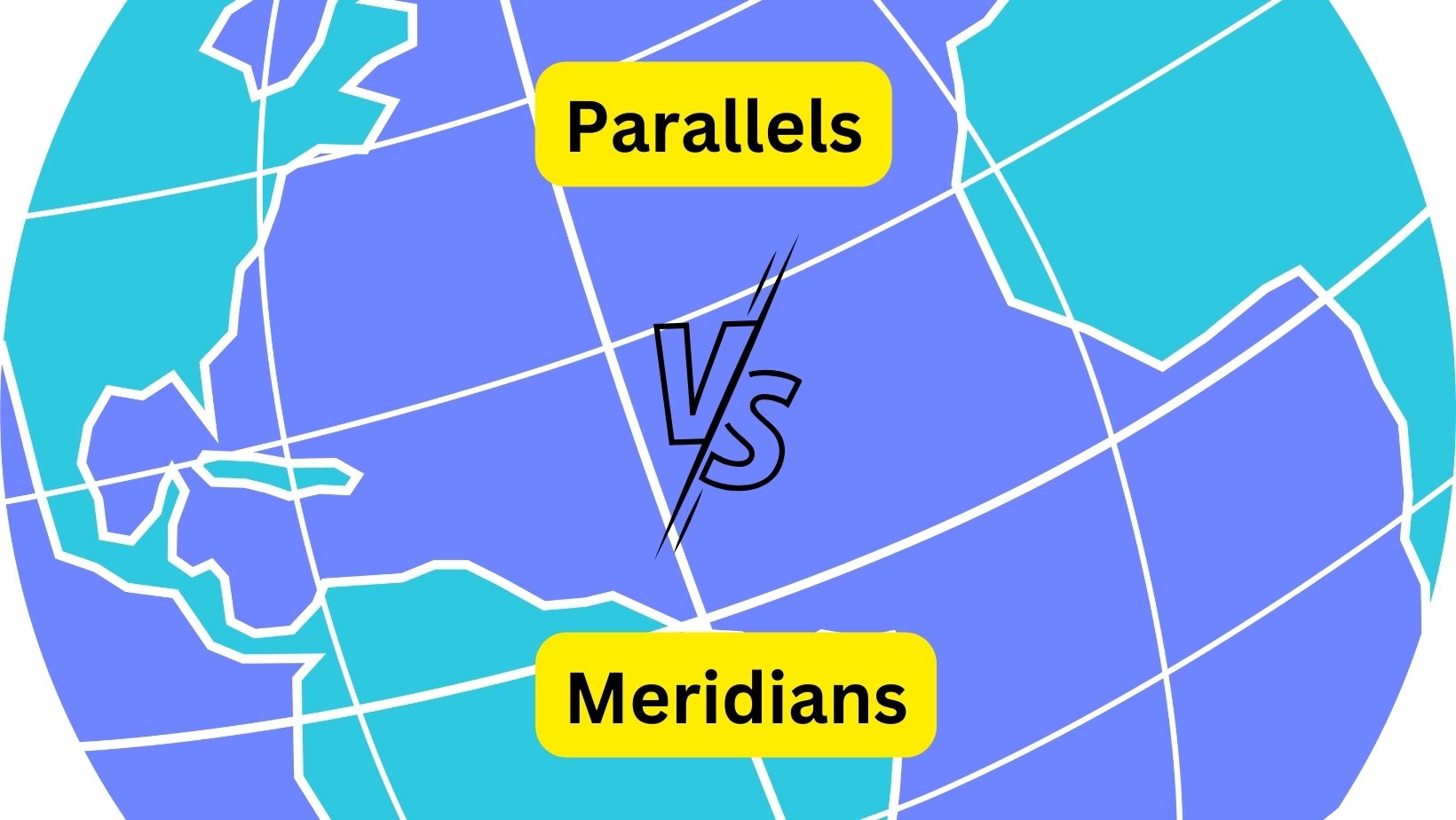 Parallels are imaginary circular lines perpendicular to the Earth’s axis, and their reference is the zero parallel, or equator. They are used to determine latitude, which is the angular distance between the equator and any point on the planet.

What is the Difference between Parallels and Meridians

Meridians are semi-circular imaginary lines that pass through the North and South poles. They are used to measure the longitude of a point on Earth, relative to the meridian 0, or Greenwich meridian. Let’s check below what is the difference between Parallels and Meridians.

What are the Parallels

Parallels are man-made lines, with an East-West direction. Each of these lines is numbered, from 0º, which is the equator or equatorial line (the only line that is a circle in strict terms, and that crosses the center of the terrestrial globe), to 90º at the North Pole and the South Pole.

The equator, or parallel 0º, divides the planet into two hemispheres: North and South. It is complemented by other 4 main parallels, with which a distinction is made since they correspond to a specific position of the Earth, with respect to its orbit of the Sun:

Antarctic polar circle: it is the southernmost parallel, where the polar night (June) and the midnight sun (December) of the southern hemisphere occur.

The parallels allow determining the position to the North or to the South any point on the planet with respect to the equator, which is known as latitude.

What are the Meridians

Meridians are imaginary lines, running from the North Pole to the South Pole, so they are shaped like semicircles. They divide the Earth into two hemispheres: eastern and western.

For its part, the antemeridian is the reference point for the international date change line.

The distance of any point on the planet with respect to the 0º meridian, either east or west, is known as longitude.