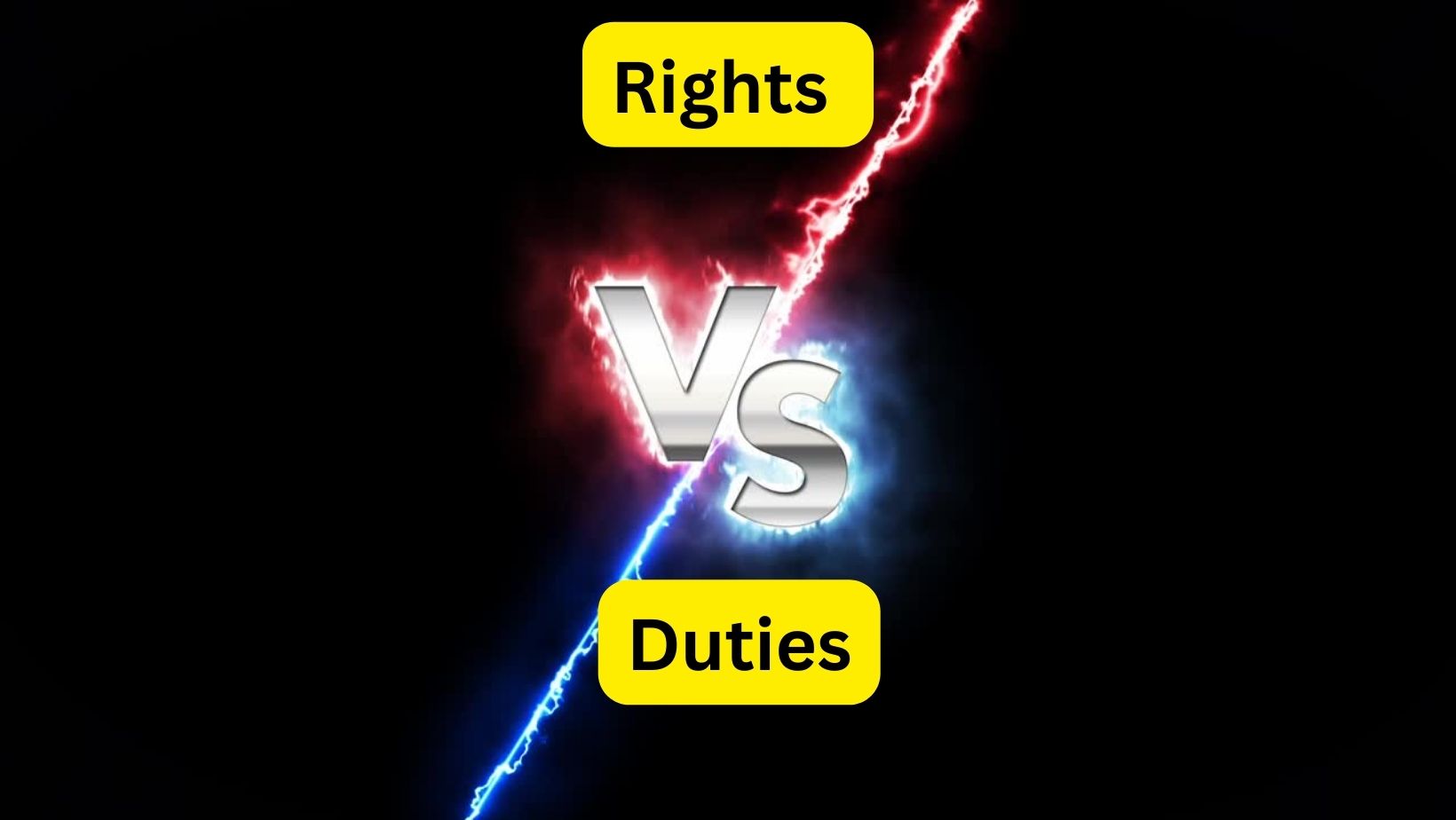 The rights are all legal mechanisms that protect individual. The duties are obligations that must be met in order to exercise their rights. Rights and duties are created to ensure social stability and harmonious coexistence among citizens.

Difference between Rights and Duties

Rights and duties can be established in various legal instruments ranging from the constitution of each country to global agreements such as the Universal Declaration of Human Rights, created and promoted by the United Nations. Before going towards the difference between rights and duties, lets know first what is meant by rights and duties.

Rights are understood to be all laws and regulations designed to protect individual freedom, thus guaranteeing the well-being of society or the mechanisms of action to ensure it.

There are two broad categories of rights:

They are the provisions established in the Universal Declaration of Human Rights, created in 1948 by the UN. In the 30 articles of this document, a series of universal rights are established, that is, they apply to all individuals from birth, without any type of discrimination.

Human rights are protected by International Law and must be sought by all States that are part of the UN.

Citizen rights are the provisions described in the constitution of each country and are guaranteed within that territory. They are also called fundamental rights.

Citizen rights are protected by national laws and legal institutions and must be sought by all States.

Although citizens’ rights are based on human rights, each State seeks those legal provisions that it deems appropriate to protect its sovereignty and its citizens. In this sense, citizen rights can vary, but in general terms they are classified into two types:

These are the rights that protect citizens against possible actions by the State and guarantee their insertion into the civil and political life of their country.

Some examples of civil and political rights include: the right to vote, to organize, and to participate in politics.

They refer to the guarantees that must be sought for the economic, social and cultural development of the individual, with the aim that they can live in well-being and be productive for society.

Some examples of economic, social and cultural rights are: the right to work, to free health and education.

They are the rights created to protect a social group and are intended to protect the identity and interests of those groups.

An example of collective rights is the principle of self-determination of peoples, which implies that each State has the right to establish its own political conditions and to pursue its own economic, social and cultural development.

Collective rights have been the subject of controversy, since for some specialists the exercise of these guarantees may conflict with individual rights.

Duties are understood as the moral, social and legal commitments that citizens acquire based on the exercise of their rights. This means that the exercise of all rights also implies the fulfillment of a series of obligations.

They have to do with the fulfillment of commitments based on the values ​​of each individual.

The acquisition of a debt through a loan, beyond the legal duty (and the legal consequences that not paying the money could imply), the debtor may have a moral duty towards his creditor, based on certain personal values: honesty, responsibility, etc.

They are all the norms established in international, regional, national or local legislation. As they are legal, they can imply a sanction if they are not complied with.

The penalties that must be met by those who commit crimes such as theft or robbery. Depending on the law of each country, this type of punishment can involve imprisonment for days, months or years, depending on the seriousness of the crime.

They are the norms established by a group of people, community or specific social group. They are linked to moral duties because they are created based on certain values ​​or expected behaviors.

A debtor may have the intention of not paying his debt, but the rules of social coexistence dictate that it is necessary to honor the commitments that have been acquired based on a harmonious relationship with the group to which he belongs.

Importance of rights and duties

The importance of rights and duties lies in the fact that they set the pattern for the relationships between the individuals that make up a society and the relationship between it and the organizations or entities to which it is subject (State, Supreme Court of Justice, etc.)

In this sense, the State is the main responsible for guaranteeing the rights of citizens through the necessary mechanisms (laws, agreements, institutions, among others), since otherwise it would be missing its legal obligation before the Declaration. Universal Human Rights, governed by international law.

For their part, citizens are expected to fulfill their moral, social and legal duties to maintain a framework of behavior and respect for the laws that is fundamental for social well-being and development.

Rights and Duties of Children

Since 1989, the child population has its own legal framework established in the Convention on the Rights of the Child, a document prepared by the UN in which essential rights are described, such as

For their part, the duties of children are aimed at guaranteeing the protection of the rights of their peers, therefore, they must: