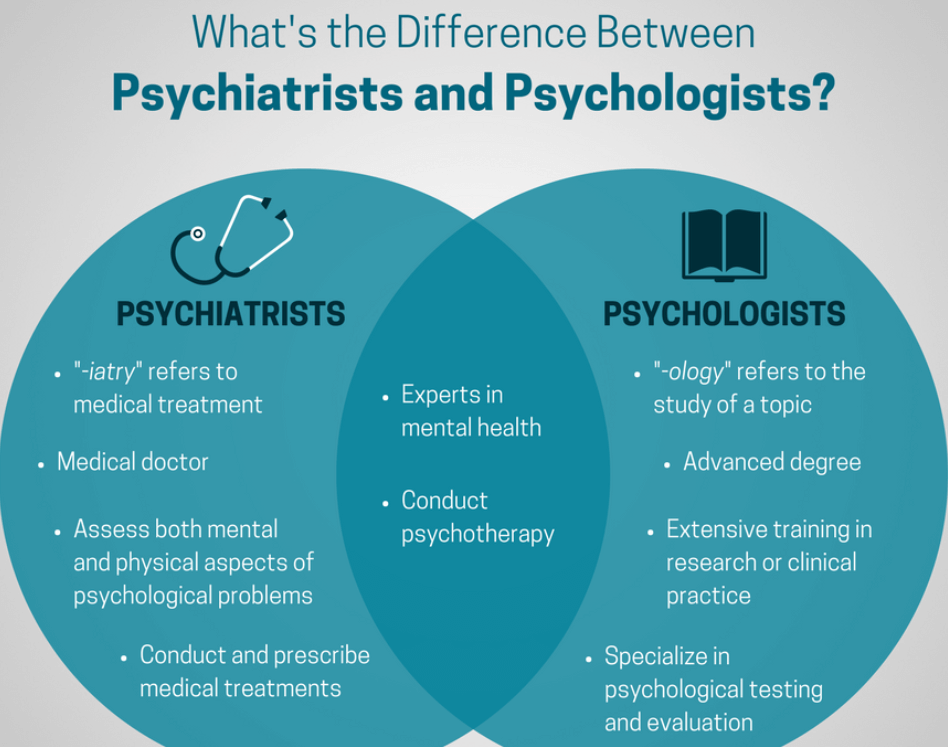 The psychologist is the professional dedicated to studying and understanding human behavior. The psychiatrist is a doctor who specializes in mental illness. Both professionals can complement their activities for the benefit of the patient in health service centers.

In the middle of the 20th century, the first psychologists emerged as university professionals. They can be used in a wide range of fields, from research, assistance, recruitment, among others.

Difference between Psychologist and Psychiatrist

Psychiatrists have long been known. They were initially the doctors who treated the mentally ill, people who were classified as witches or possessed by evil forces. Fortunately today, the idea of ​​mental illness is better understood and the role of the psychiatrist is no longer seen as that of “a shrink.” Let’s check below what is the difference between difference between psychologist and psychiatrist.

What is a Psychologist?

The psychologist is the professional in charge of the study of mental processes. Although psychologists are not medical doctors, they provide important services in the area of ​​health.

There are three main types of psychologists:

What do psychologists do and where?

Some psychologists conduct basic and applied research. As scientists, psychologists follow the scientific method, through objective observation, experimentation, and analysis. They can also serve as consultants in communities, businesses, and organizations.

They can also teach classes and teach future psychologists, other professionals, and students in schools, colleges and universities. Other psychologists diagnose and treat patients in private consultations or healthcare centers.

They also study what makes people more productive, motivated, and satisfied with their jobs. In this sense, they can design programs to recruit, select, employ and train the employees of a company or company.

The day of the psychologist is celebrated on different dates depending on the country:

What is a Psychiatrist?

The psychiatrist is the medical professional who is responsible for the treatment of mental illnesses. This means that to be a psychiatrist you must first study medicine and then specialize in psychiatry.

The psychiatrist evaluates diagnoses and treats different psychiatric disorders, with the aim of recovering, preventing or improving the quality of life of the affected person and their families. For this, then, they can prescribe medications or perform invasive procedures or surgeries like any other doctor.

What do psychiatrists do and where?

Apart from knowledge about anatomy, physiology, and pathology and expertise in medical practice, a good psychiatrist must know:

Psychiatrists can diagnose mental disorders using laboratory tests. They can also exercise their functions in public or private health. The work of the psychiatrist is generally associated with psychiatric institutes or sanatoriums, but they are also part of the staff of addiction rehabilitation centers.

Referral to the psychiatrist

Other health professionals may refer their patients to the psychiatrist when the symptoms or behaviors of the person are much altered, such as:

Day of the psychiatrist