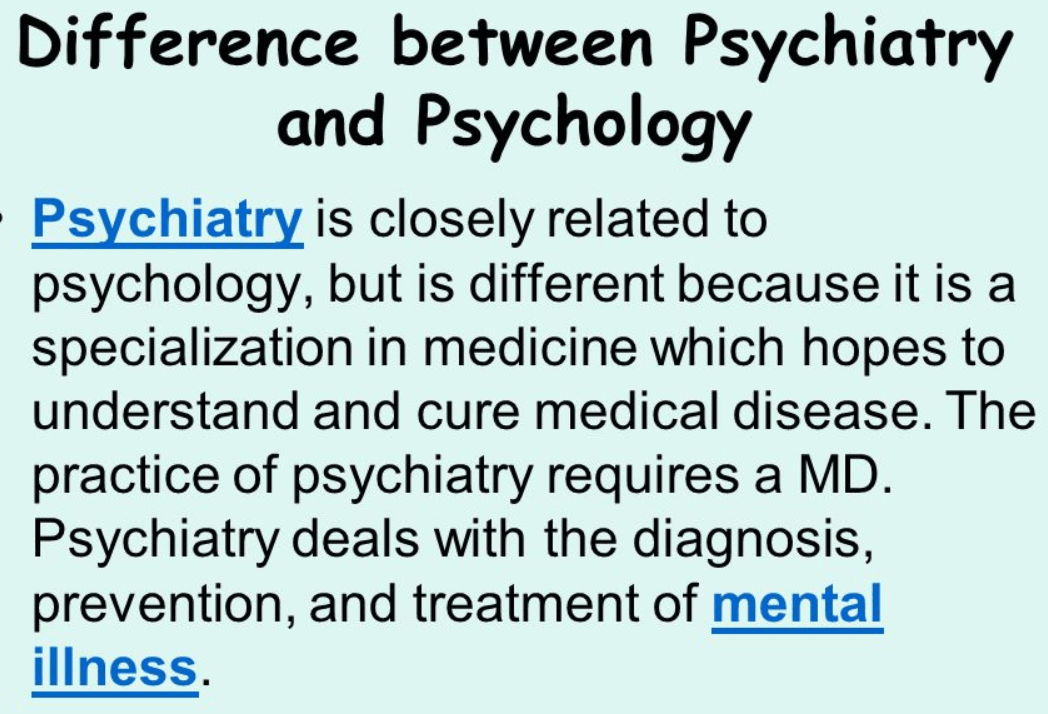 The psychology is the branch of science that deals with the mind as an entity and its relationship to the body, the environment and society. The psychiatry is the branch of medicine responsible for the causes, diagnosis, treatment and prevention of diseases metals.

Difference between Psychology and Psychiatry

“The state of well-being in which each individual reaches their potential, can deal with normal life stress, can work productively and is able to contribute to their community” Let’s check below the difference between psychology and psychiatry.

Psychology is the branch of science that studies behavior and mental processes. As a discipline, it is interested in why and how people do what they do. The word “psychology” means “study or treatise of the soul.”

Psychology interacts with other disciplines of knowledge such as biology, neurology, physiology, human anatomy, and sociology. Sometimes psychology can seem very abstract, with aspects more similar to philosophy than to biology.

Psychiatry is a medical specialty that seeks to evaluate and treat people (and family members) living with complex brain problems. These include