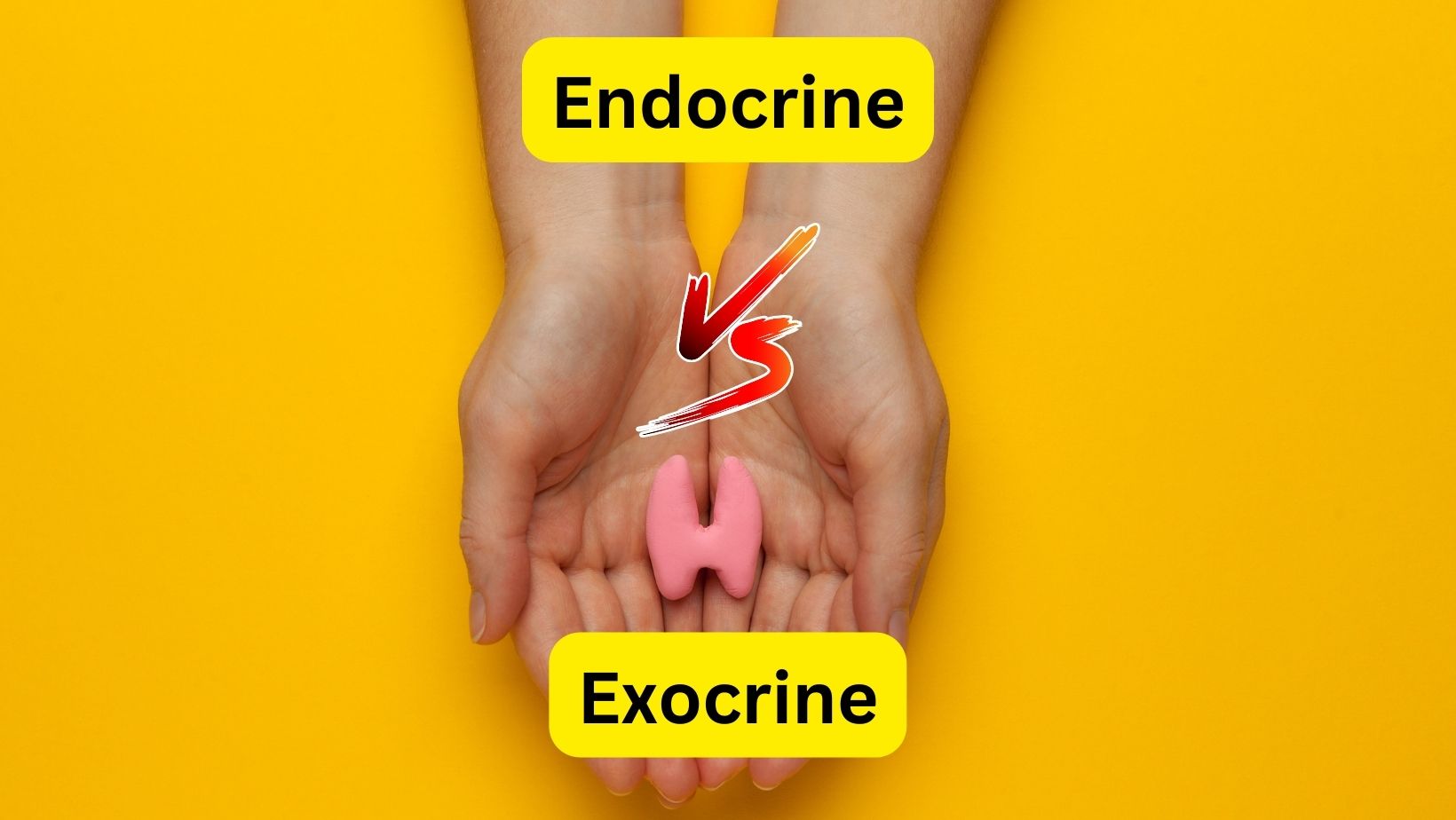 Before we can understand what is the the difference between Endocrine and Exocrine glands, let’s first define what glands are. Glands are special cells or organs that secrete chemical compounds. These are the two types of glands:

These glands secrete chemicals into the bloodstream and tissues of the body. The endocrine glands do not have ducts. They don’t go to any ducts before releasing chemical substances, also known as hormones, into the bloodstream. Hormones can be thought of as messengers. They are responsible for telling a part of the body what to do or not to do.

The brain’s pineal gland secretes melatonin to induce sleep in response to dark environments. It regulates the female reproductive cycles and initiates puberty. The hormones responsible for puberty are estrogen, progesterone, and testosterone.

The glands responsible for releasing estrogen and progesterone in female characteristics are called the ovaries.

Testes are glands that produce testosterone to encourage male characteristics.

Pancreatic acinar cells: The secretions are stored in the vesicles, transported to the apical surfaces and released (exocytosis). This is known as merocrine secretion.

The secretion of lactating mammary glands is made with some cytoplasm and plasma membrane. This is known as apocrine secretion.

The programmed cell death of the sebaceous gland is where secretions and debris are released. This is known as holocrine secretion.

Difference Between Endocrine and Exocrine

Exocrine glands secrete their products via the ducts and release it into the environment, organs, or outside of the body. The endocrine glands do not have ducts, so hormones that are secreted are released into the spaces between cells. The hormones reach the closest capillaries and are then distributed throughout the body. Because hormones first need to travel through blood before they can reach their target organs, the responses take longer. Because the kidneys filter blood, the duration of the responses is longer. Interrelated functions are the endocrine. Many hormones produced can alter the function of other hormones.