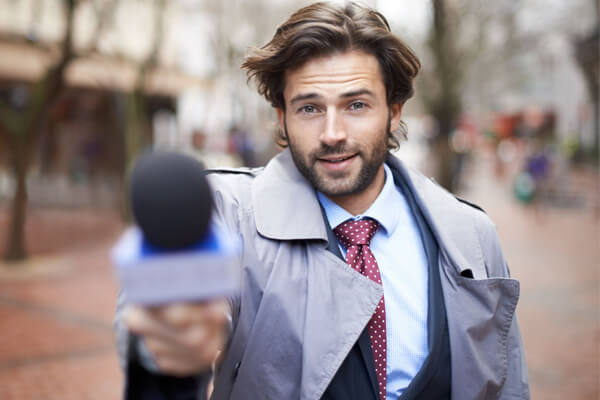 Do you want to know what is the difference between journalist and reporter? You are on the right spot to know the answer of this question.

Although it may not seem like it, it is very difficult to present the facts (of any kind) to the general public.

There are many things that have to be taken into consideration when doing this, such as, for example, the veracity of the information.

Difference between Journalist and Reporter

We are often bombarded with news throughout the day and many times we do not even question the sources of said information.

Is the person in charge of revealing the information a reporter or a journalist? What is the difference between a journalist and a reporter and why is knowing this important?

If you have doubts about it or simply want a little more information on this topic, continue reading, because below we explain everything you need to know about it.

On the other hand, the term journalist is often used in the context of print articles and journalism. Journalists are not only limited to reporting what is happening, they also comment on the news they share; that is, they give their opinion on the facts.

In many cases, journalists carry out investigations from which they obtain important information, thus becoming a primary source of news.

One of the most important differences between reporter and journalist is that the first term usually refers to the person who reports the news (generally on television), although it should be noted that this would be a very limited definition.

Reporters (like most columnists, editors, and opinion writers) can be said to be journalists, but not all journalists are reporters.

The main function of the latter is to report what happens and it is even probable that they are not the source of the information they report.

Finally, it could be said that if the connotation that these two terms usually have is taken into account, reporters have a somewhat more limited role and require a set of specific skills to be able to carry out their work.

Despite everything, it is important to highlight that the roles of journalists and reporters are constantly evolving and these definitions are not standard.