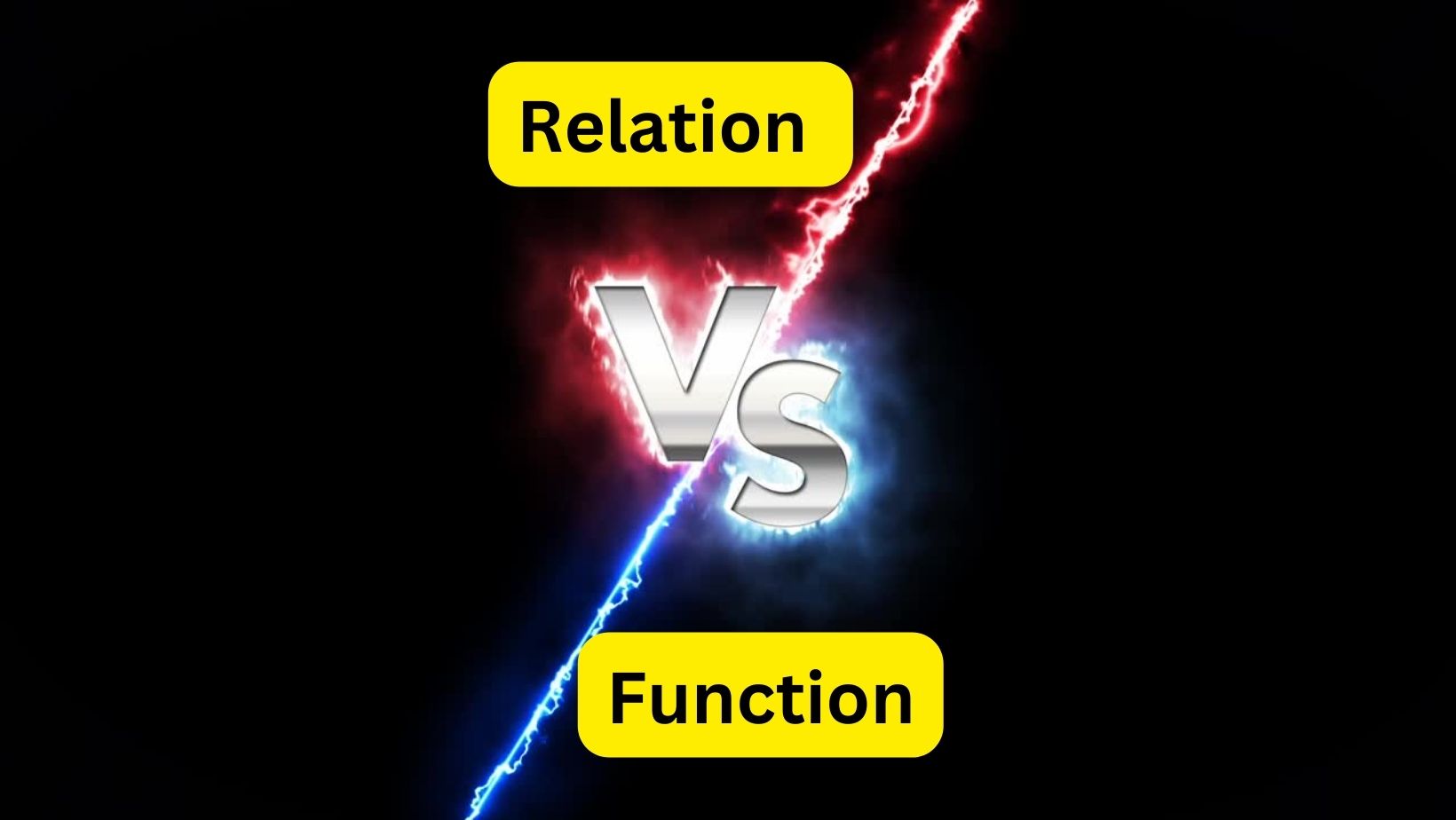 You landed here on this page, because you want to know the difference between relation and function. The mathematical relation is the link that exists between the elements of a subset with respect to the product of two sets. A function involves the mathematical operation to determine the value of a dependent variable based on the value of an independent variable. Every function is a relation but not every relation is a function.

What is the Difference between a Relation and a Function?

What is a Mathematical Relation

It is called the binary relation of a set A in a set B or the relation between elements of A and B to every subset C of the Cartesian product A x B.

“Let A and B be any two non-empty sets, let A x B be the product set of both, that is: A x B is formed by the ordered pairs (x, y) such that x is the element of A and y is of B. If any subset C is defined in A x B, a binary relation in A and B is automatically determined as follows:

We will call set A the starting set and set B we will call the arrival set.

The set A of x elements of men of a population and B is the set of y elements of women of the same population. A relationship is established when “x is married to y

What is a Mathematical Function

When we talk about a mathematical function of a set A in a set B we refer to a rule or mechanism that relates the elements of set A with an element of set B.

“Let x and y be two real variables, then we say that y is a function of x if each value taken by x corresponds to a value of y.”

A function is called constant if the element of set B that corresponds to set A is the same. In this case, all the values ​​of x correspond to the same value of y. Thus, the domain is the real numbers while the range is a constant value.