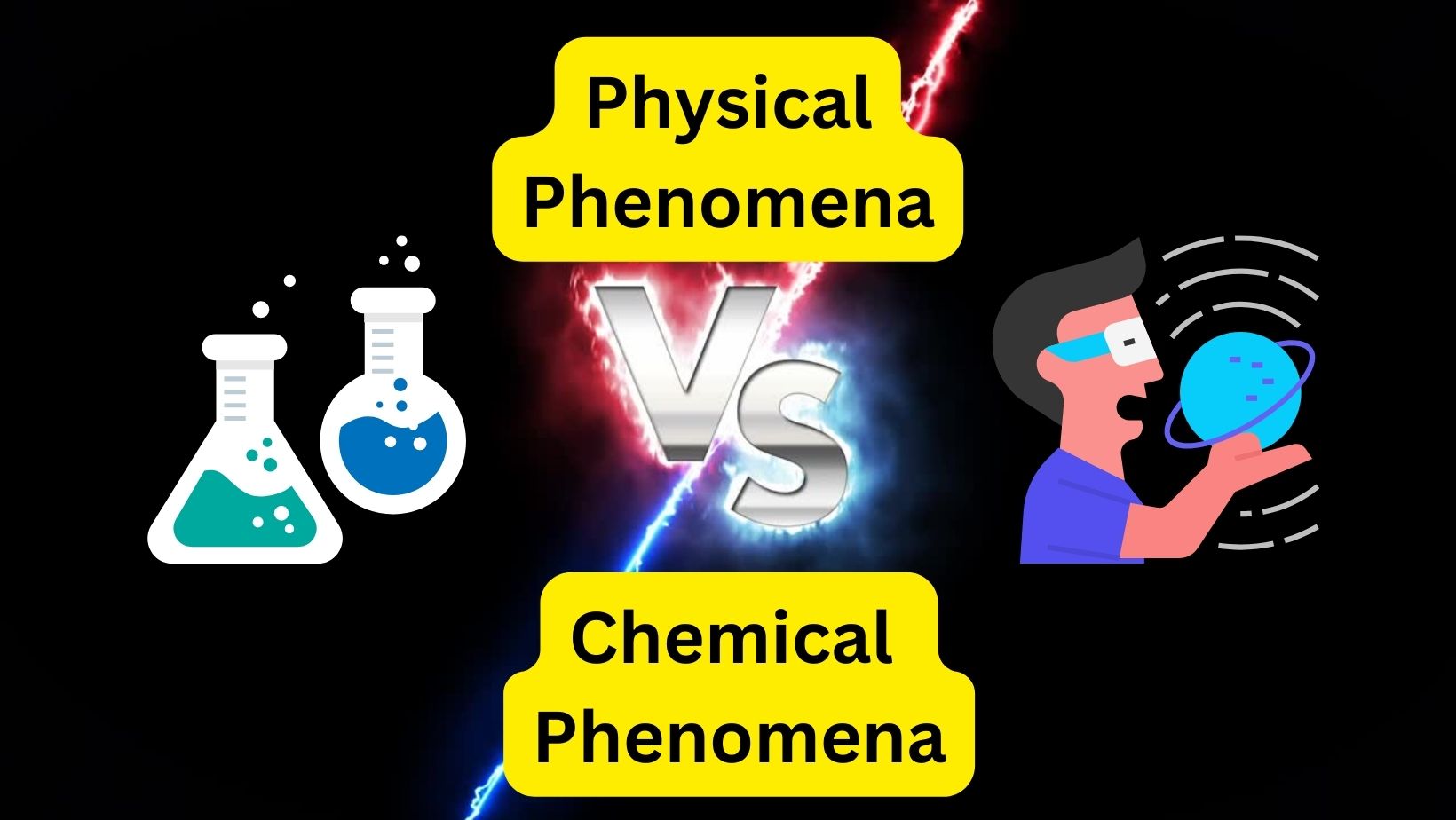 Difference between Physical and Chemical Phenomena

What is Physical Phenomena

The sound barrier is a physical acoustic phenomenon resulting from the collision of sound waves in the air. Sound is a wave that travels through the air at a speed of 343 meters per second. When an airplane exceeds this speed, a noise similar to an explosion is produced. This is known as “breaking the sound barrier.”

The rainbow is a luminous physical phenomenon that we can observe in the sky when sunlight is reflected and refracted by raindrops. The water droplets in this case act like a prism, separating the bands of colors that make up the light.

A mirage is an optical physical phenomenon that occurs because light bends as it passes through layers of air with different temperatures. It is an optical illusion that makes us perceive the presence of water in the distance, which is not real.

Optical fibers are a physical optical phenomenon characterized by the fact that light travels through long glass or plastic cables or fibers. This happens because the light is reflected internally by the cable, causing it to bounce throughout the fiber without getting lost in the external environment. They are widely used for the transmission of data, images and sound.

Lightning or lightning bolts are electromagnetic phenomena that occur in the atmosphere. They are electrical discharges that generally occur during storms. This is due to a separation of electrical charges between the earth’s surface and the clouds. When lightning strikes, so much energy is released that it lights up the sky and generates heat.

What is Chemical Phenomena

Fireworks are chemical phenomena that are produced by the heating of metals in an explosion. For example, strontium produces a deep red color, sodium produces a yellow color, copper produces a green color, and potassium produces a lilac color.

Rust is a chemical phenomenon that we find in materials made of iron or other metals as a result of oxidation and reduction reactions. This phenomenon involves the chemical transformation of iron to iron oxide in the presence of oxygen, either from air or water, with the characteristic light brown color.

The ozone gap is the result of the decrease in ozone (O 3 ) levels in the atmosphere, by chemical reaction with compounds known as chlorofluorocarbons (CFCs). O 3 is a molecule found in the atmosphere that protects the planet against ultraviolet rays from the Sun.

CFCs are compounds used initially as refrigerants and in aerosols. Once in the air, the CFC reacts with the oxygen and the ozone disappears. The atmosphere at the level of the Antarctic region has the lowest concentration of ozone, which is popularly known as the ozone gap.

Acid rain is a chemical phenomenon that results from increased acidity in rainwater due to air pollution. Industrial processes produce gaseous sulfur dioxide, which reacts with rainwater turns into sulfuric acid, a strong acid that is highly corrosive.

Another polluting gas is nitrogen oxide (IV), which reacts with water to form nitrous acid (HNO 2 ) and nitric acid (HNO 3 ).

Acid rain has detrimental effects on the environment:

The color of the sepals of hydrangeas ( Hydrangea macrophyla ) is a chemical phenomenon caused by soil pH:

This is due to the solubility of aluminum in water at acidic pH, which allows the absorption of this element by plants. As a result, the aluminum binds to the anthocyanin pigment in the sepals, producing the color blue.

At neutral (7) or basic (greater than 7) pH, aluminum is insoluble in water, so it cannot be absorbed by plants. In this way, the color of the sepals of hydrangeas depends on anthocyanin, which is naturally a purple pigment.