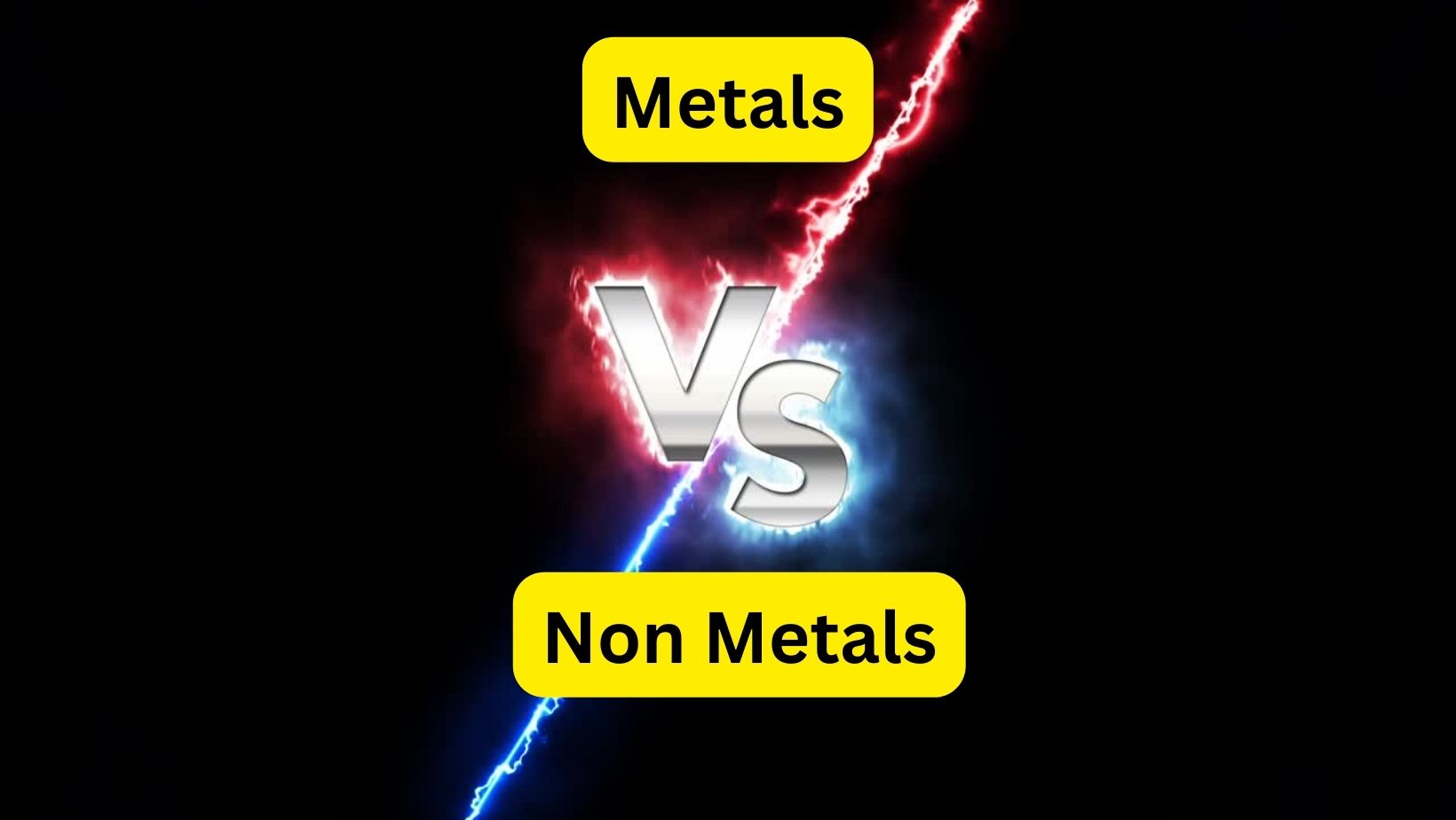 Difference between Metals and Non Metals

The main characteristic that differentiates metals from non-metals is the ability to conduct electricity. There are elements that look like metals, but react like non-metals. These elements are known as metalloids and are boron, silicon, germanium, arsenic, antimony, tellurium, and polonium.

Metallic elements are those that have a tendency to give up electrons and can conduct electricity. They also have a characteristic shine, are malleable and ductile.

They are located on the left side of the periodic table, with the elements further to the left being the ones with the most metallic character.

Metals can be classified into:

It is the most abundant metal in the earth’s crust with a light, silvery-white luster whose atomic number is 13. It is a solid that melts at 660 ºC. Aluminum is extracted from bauxite, a form of hydrated aluminum oxide.

It is widely used in kitchen utensils and industrial applications for its high resistance to corrosion.

It is a metal with atomic number 56, belonging to the alkaline earth metals. It is a solid that melts at 727ºC, discovered in 1808 by Humphrey Davy. It is obtained from barite, a salt of barium sulfate.

Barium in pure form has a silvery appearance like lead.

It is the fourth element in the periodic table, belonging to the alkaline earth metals. It is a solid that melts at 1287ºC and is found in the composition of emeralds and aquamarines.

It is a white, crystalline, brittle metal with atomic number 83, long mistaken for tin or lead. It is the most diamagnetic of metals and with the least capacity to transmit heat. Bismuth is used to make alloys to coat objects that can be damaged at high temperatures, such as fire detection equipment or fire extinguishers.

It is the fifth most abundant metallic element in the earth’s crust. It has a silver color, is a hard solid, with atomic number 20. It is part of the alkaline earth metals and is a constituent of important biological structures, such as bones, teeth and shells.

It is the most electropositive and most alkaline metal. It is in a liquid state at room temperature, along with gallium and mercury. Cesium explodes on contact with water and has a high affinity for oxygen. It is used in atomic clocks.

It is one of the transition metals, with atomic number 24, solid that melts at 2671 ºC. Chromium is used to harden steel, give it a hard, shiny surface to prevent corrosion, and in glass manufacture to give it its green color.

It is one of the most important metals for humans, who have used it for more than 5000 years. Its metallic reddish shine stands out as well as being malleable and ductile, which allows its use in the construction of jewelry, kitchen utensils and electrical supplies.

It is the most common metal on Earth, as it forms much of the planet’s core. Its atomic number is 26, it is hard, brittle, and solid that melts at 1538 º C. Iron is part of the oxygen transport systems in living beings. In its pure state, iron is highly reactive and corrodes rapidly in humid environments.

It is the most malleable and ductile metal, of great beauty in its purest form. Its atomic number is 79 and it belongs to the transition metals. It is a good conductor of electricity and heat and resistant to corrosion. It was used as currency and is now the standard in the monetary system of many countries.

What are Non Metals?

Non-metallic elements are all those elements that do not fit the characteristics of metals. Among the non-metals we find halogens, noble gases, hydrogen, carbon, nitrogen, phosphorus, oxygen, sulfur and selenium.

They are located on the right side of the periodic table, separated from metals by metalloids.

It is the only nonmetal element found as a reddish-brown liquid at room temperature. Its atomic number is 35 and it belongs to the group of halogens. It is used to make fireproofing agents, water purifiers, colorants, medicines, and disinfectants.

It is the non-metallic element with the greatest capacity to combine with other elements, key to the construction of biological molecules. It is found free in nature as diamond and graphite. In the atmosphere it is found combined with oxygen as carbon dioxide.

It is a greenish-yellow gas, with atomic number 17, belonging to the group of halogens. It is found in nature combined with other elements, such as common salt NaCl. Chlorine compounds are widely used throughout the world, as disinfectants, bleaches, and water purification, among others.

It is the most electronegative and reactive element, it belongs to the group of halogens, with atomic number 9. It is a pale yellow corrosive gas in its pure state.

It is the second element in the periodic table and the first in the group of noble gases. Its name is derived from the Greek helios which means “sun”, where it was first identified in 1868. Along with hydrogen it is the most abundant element in the entire Universe.