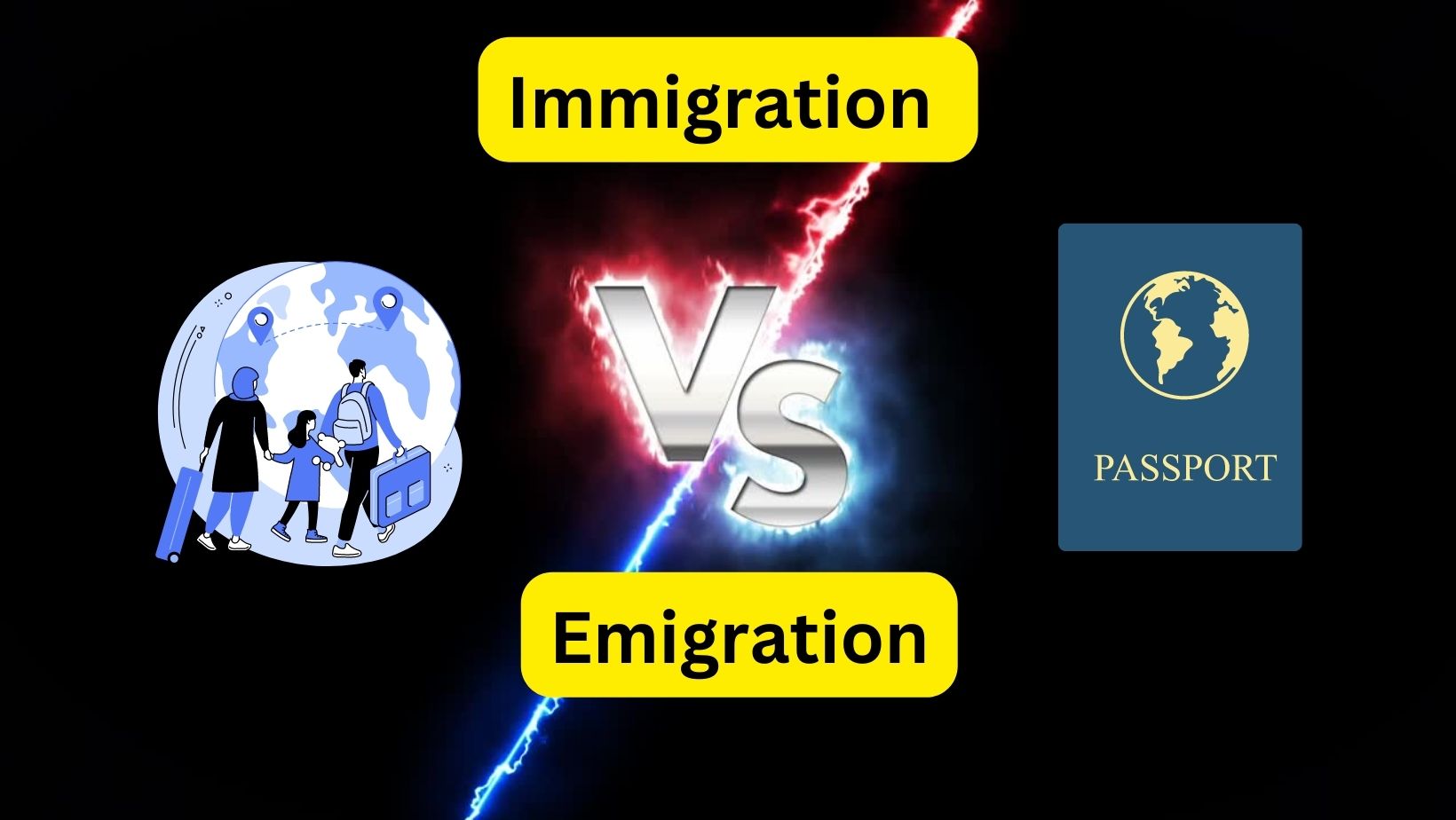 Immigration and emigration occur when a person or group moves from their country to another. The term immigration is used to name the entry of people to a country of which they are not nationals, with the intention of staying and living in it. On the other hand, emigration means the movement of people from one country to live in another.

The migration also involves movement through different places, including changing between regions. This movement can be both humans and other living beings. Let’s check below what is the difference between Immigration and Emigration.

What is the difference between Immigration and Emigration

Immigration is used when a person enters a foreign country to live, leaving their country of origin. Immigration involves a permanent movement and applies only to people. For example: “My grandparents immigrated to the United States in the 1920s.”

Although there are specific laws for immigration and emigration, immigration is strictly controlled by the host nations.

Emigration occurs when a person or group leaves their country to settle in another. Emigrating implies a permanent movement and only applies to people. For example: “My grandparents emigrated from Spain.”

Emigration is enshrined in the fundamental law of principle 2 of article 13 of the Universal Declaration of Human Rights: “Everyone has the right to leave the country in which they are, including their own, and the right to return to their country”.

Immigrating generally refers to the act of crossing national borders of different countries, to settle in the host country. In the case of migrating, this act includes both movements between countries and between regions of the same country, not being necessary to travel to foreign lands.

In addition, migrations can be permanent or temporary, for example:

When migrating is applied to animals, such as birds, it generally means a seasonal or temporary change in habitat. For example, when birds migrate south during winter.