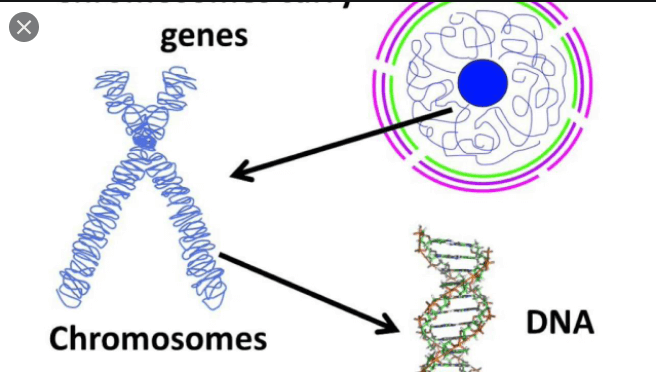 A gene is a portion of deoxyribonucleic acid (DNA) that codes for a protein or RNA. A chromosome is a nuclear structure that corresponds to the packaging of DNA where a number of genes are found. In other words, the chromosome is a large portion of DNA, the molecule in charge of the genetic information of living beings, which is expressed through genes. Let’s check below what is the difference between Genes and Chromosomes.

Difference between Genes and Chromosomes

Genes are the functional units of heredity. A gene is defined as a segment of the DNA sequence corresponding to a protein, a set of protein variants, or structural RNA molecules that do not produce proteins.

Genes can be of the following types:

Structural genes: such as the ACTB gene that encodes the actin protein, important in the cytoskeleton of the cell.

Genes are the elements that contain the information that determines the characteristics of the species. They also control the development and functions of cells. For example, the BRCA1 gene on human chromosome 17 encodes a protein that maintains genome stability and acts as a tumor suppressor.

Chromosomes are threadlike structures found inside the nucleus, made up of DNA and proteins. The eukaryotic cells of each species of a living being possess a characteristic fixed and constant number of chromosomes. For example, Homo sapiens have 23 pairs of chromosomes or 46 chromosomes.

Chromosomes are visible under a microscope when cells begin to divide. In a given species, chromosomes can be identified by their number, size, centromere position, and banding pattern. The karyotype is the number and appearance of human chromosomes.

The number of chromosomes is not related to the complexity of the organism, for example, in somatic cells of humans there are 46 chromosomes, in mice 42, in bovines 60.

In living beings where two sexes differ, chromosomes are classified into:

Additionally, chromosomes can be classified according to the position of the centromere in:

The main function of chromosomes is the packaging of DNA within the nucleus . Human DNA comprises more than 3 billion base pairs, which if it could be extended would be 2 meters long, but the nucleus is barely 0.000006 meters long!

A chromosomal disorder where there is a change in the number of chromosomes of the species is known as aneuploidy, within which we have: