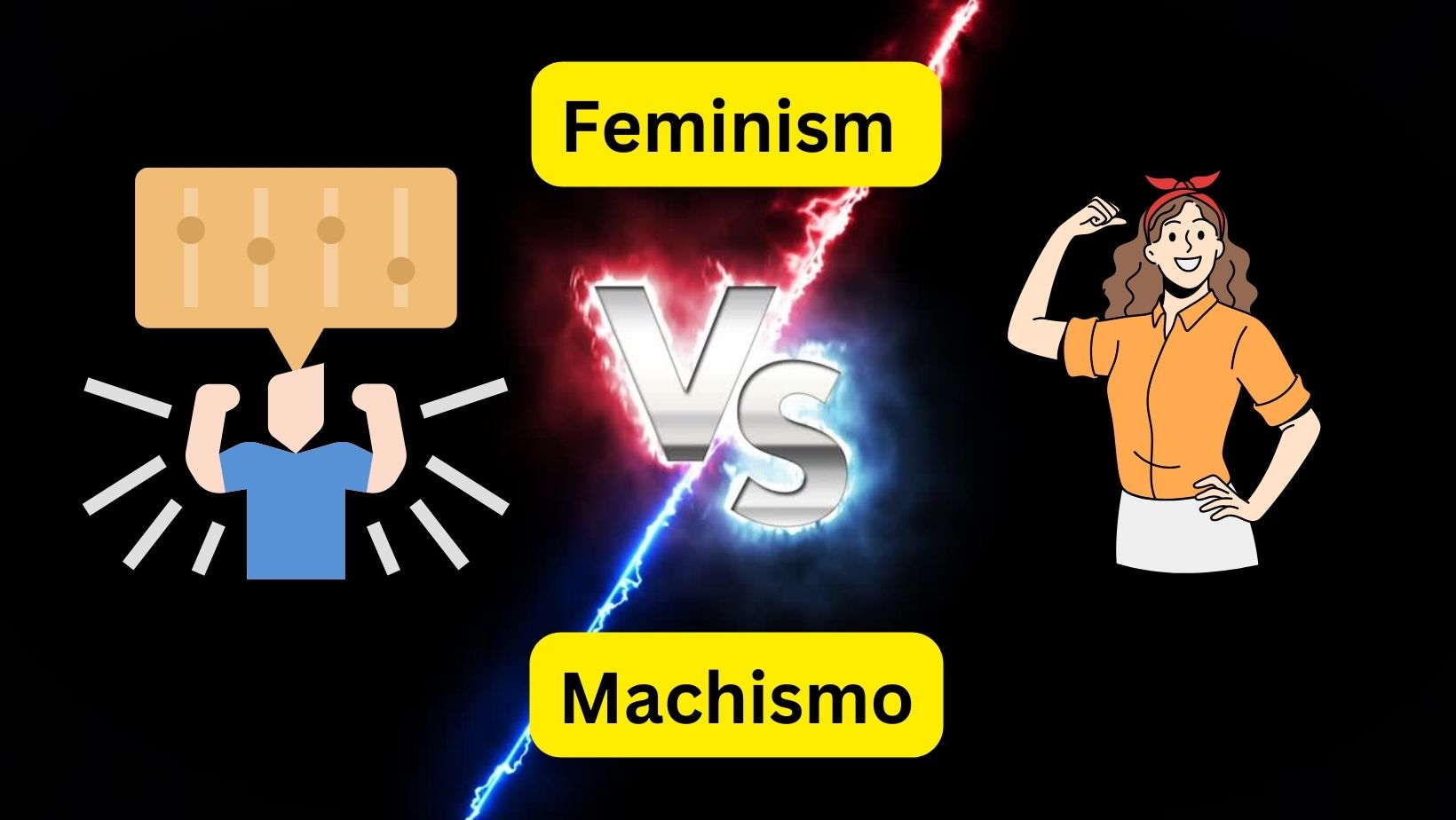 The feminism is a set of movements and ideological positions, both individually and socially, seeking gender equity for women’s rights that have been denied historically , in the political, cultural, social, sexual and economic sphere.

The Machismo is a set of shared attitudes and socially constructed in which the man and associated with masculinity are considered superior to women and the feminine.

Difference between Feminism and Machismo

Since feminism has gender equality among its purposes, this is not a reverse machismo. Machismo proclaims a hierarchy in which the man is the norm and the dominator, while the woman is subordinate to it.

Feminism is a set of ideological movements and positions , both at the individual level and at the social level, that seek equal rights for women , in the political, cultural, social, sexual and economic spheres. These rights have historically been limited to men.

It also implies the fight against various forms of discrimination against a person, due to their sexual orientation, ethnic and regional origin, physical and mental characteristics, among many others.

The word feminism was adopted from the French feminism , coming from the Latin female , and which means ‘female’ and is also translated as ‘she who gives suck’; as well as the suffix – ism , which means ‘doctrine’ or ‘practice’.

This word was originally used in 1871 by a medical student, Ferdinand-Valérie Fanneau de la Cour, to refer to the problems suffered by men suffering from tuberculosis, which “feminized” them. A short time later, Alexander Dumas Jr. would use it to make fun of men who were activists in social struggles.

Later, the word feminism would be taken up again, in 1882, by Hubertine Auclert (1848-1914), a French suffragette, who would use it to name the type of social movement that sought equal rights for women.

Feminism has a heterogeneous character (there is no single feminism) and it is not defined from a single historical or theoretical perspective, nor from a particular location.

The goal of feminism is for women to emerge from the unfavorable condition devoid of many basic rights that they have historically occupied.

Equity refers to the search for a fair share between people who are not equal . In this way, if there is a differentiated treatment, this is equivalent as long as it allows as a goal that all people have the same benefits, opportunities and obligations.

In other words, gender equity does not simply mean that women have access to the rights that men already have, but rather that the conditions are met so that all people can exercise the same rights, taking into account their differences and needs.

The Machismo is a set of shared attitudes and socially constructed in which the value of man and considered masculine attributes are taken as greater than the value of women and the attributes associated with the feminine.

It is a subjective and stereotyped construction of how a “real” man must act to be considered as such.

The word machismo is composed of the Latin masculus (male), which means ‘male’, in reference to the sex of an animal, and by the suffix – ism , which means ‘doctrine’ or ‘practice’.

Machismo is a phenomenon rooted in Latin American male culture, where the original use of the word comes from, in addition to being a global phenomenon, present in many different cultures and societies.

It is based on the idea of ​​the male or male as the head of the group. The characteristics associated with the masculine are exalted and exaggerated, creating the ideal of the hyper-masculine.

Machismo, in addition, establishes the behavior that each person must maintain, according to their biological sex, and that must be made manifest in the way of living their identity and the gender attributed to them, in favor of what is considered masculine.

In the area of ​​sexuality, machismo expects the man to act according to his supposed nature, as a sexual being full of desires to be satisfied.

It only considers the heterosexual sexuality of the man valid. The sexual conquest of women is a means for him to be considered a true male. Man’s virility increases in proportion to the number of sexual partners he has.

Extramarital affairs are a way to show your virility. This causes social and health problems for the women involved, since in many cases sex is practiced without protection.

Machismo and the role of women

In a macho culture, women are required to submit to men, who are respectable, who have no sexual desires or sexual independence, and who can take care of the home and children.

When it comes to sex, the woman is an object of pleasure for the man.

Effects of machismo on men

Even if women are the ones who suffer the most from the effects of machismo, it also affects men. For example, in a macho context, any type of expression that a man manifests in his behavior that does not follow a macho vision makes him inferior to other men.

Attachment, displays of affection and other emotional attributes are considered exclusive to women and, therefore, inferior. The man who acts sensitive or vulnerable is not a complete man.

This can lead to stress, socialization problems, hyper-aggressiveness, and depression in men.

Machismo is a radical expression of patriarchy. Men have a superior hierarchical position relative to women, denying any possibility of gender equality or equity.

In a sexist society in which the duty of men is to be a dominator, strong and unsentimental, violence against women is tolerated, excused and, sometimes, even applauded.

In many cases, sexist violence has fatal consequences and is the cause of femicides.