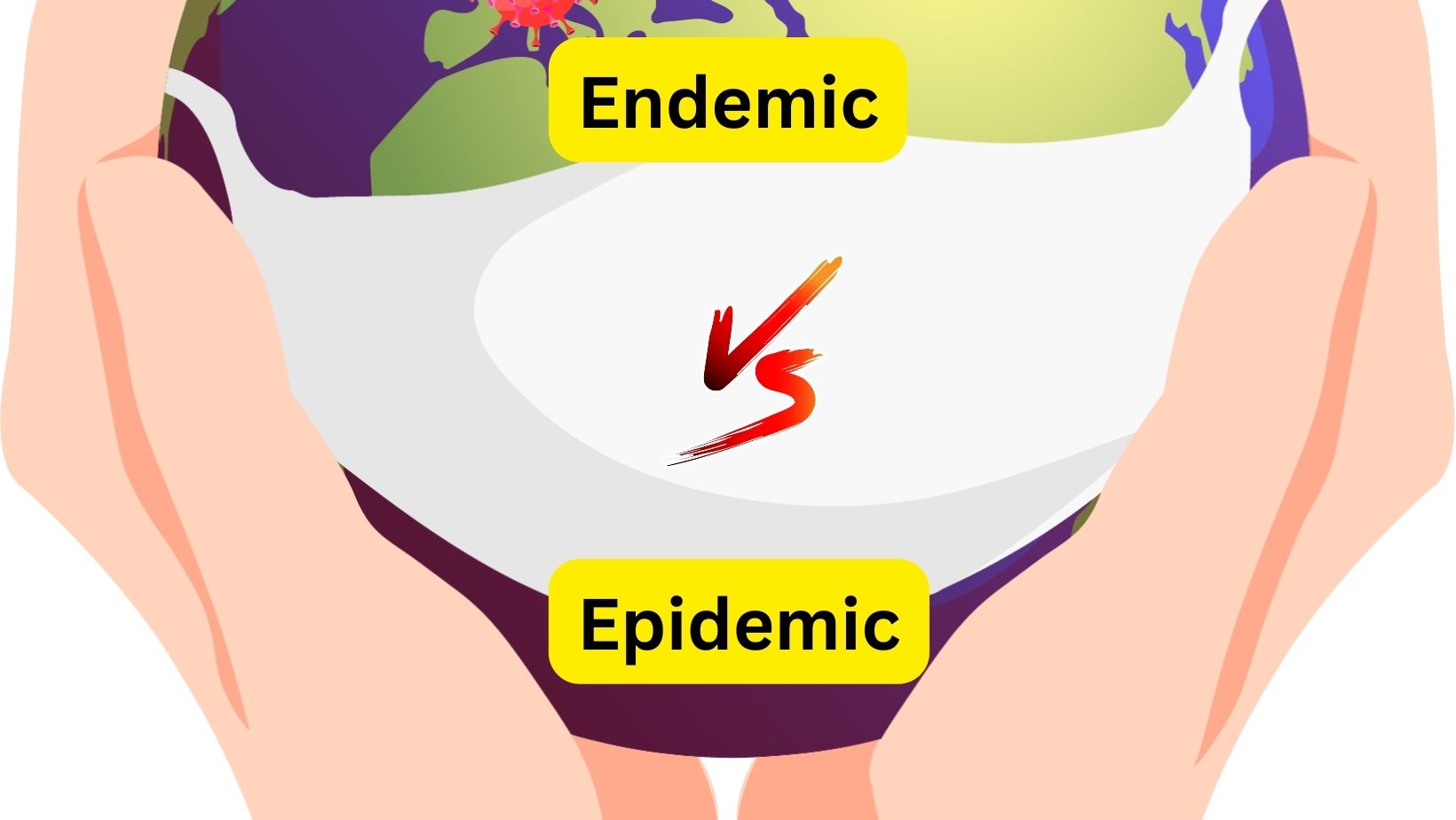 The epidemic is the appearance of a disease in numbers above the normal estimate in a population in a given time. When the levels of control of the epidemic are not effective, we are facing a pandemic when the spread of the disease occurs in a greater geographical area and for an indeterminate time. The establishment of a disease in an area or region is known as endemic. Let’s check below what is the difference between difference between endemic and epidemic.

Difference between Endemic and Epidemic

Currently, epidemics and pandemics are investigated and reported by local and national authorities and by international agencies such as the World Health Organization (WHO).

What is an Epidemic?

An epidemic is the appearance in a community or region of cases of a disease or other health-related event above normal with a common cause or related to each other. The term that was applied in the past to designate this type of event was “plague” or “plague”; This is how the bubonic plague or the black plague is known.

Currently the word “epidemic” is used in a broader sense to refer to:

Cholera is an acute intestinal disease caused by the bacterium Vibrio cholerae, which is spread by contaminated food and water. It is epidemic in India and other regions of Asia.

The Ebola virus causes an often fatal illness, also known as Ebola hemorrhagic fever. It was discovered in 1976 in a town near the Ebola River, in the Democratic Republic of the Congo.

What is an Endemic?

An endemic refers to a disease that persists in a population or area for a long period of time.

Some diseases are endemic in certain regions or populations and become epidemic when transported to other areas, affecting individuals who had not been previously exposed to the pathogen.

The classic example is that of the measles and tuberculosis epidemics in the native populations of America, when the European colonizers arrived, where these diseases were endemic.

Malaria is a disease caused by the parasite protozoan Plasmodium sp. of which four species are known: P. vivax, P. falciparum, P. malariae and P. ovale. This parasite is transmitted between humans by the bite of mosquitoes, mainly of the genus Anopheles sp.

Malaria is characterized by periods of intense fever followed by chills. Malaria is endemic in the tropical areas of South America, due to the ease of reproduction of mosquitoes under these conditions.

What is a Pandemic?

A pandemic is defined as an epidemic that spreads over a wider area and affects a larger proportion of a population. It is the result of an epidemic that goes beyond regional health control, among other causes.

A determining factor in the transformation of an epidemic into a pandemic is the mobility of the population:

The comfort, speed and ease with which we move between countries are a serious concern when spreading an infectious-contagious disease. Additionally, transmission vectors, such as mosquitoes and rats, can travel great distances via means of transport.

COVID-19 is the infectious disease caused by a corona virus that appeared in Wuhan, China, in December 2019. It was initially established as an epidemic in China, spreading rapidly to other Asian countries.

The World Health Organization (WHO) declared it a pandemic on March 11, 2020, after the number of COVID-19 cases outside China had multiplied by 13. By that date, more than 118,000 cases had already been reported in 114 countries and a balance of 4,291 deaths.

On March 13, 2020, the epicenter of the pandemic moved to Europe, with Italy being the most affected country.

The “black death” is the term known to the bubonic plague that wiped out a third of the European population between 1347 and 1352. The disease entered Europe from Asia, through black rats infested with fleas carrying the Yersinia pestis bacteria, which followed the Silk trade route to the Black Sea.

The acquired immunodeficiency syndrome AIDS is produced by the human immunodeficiency virus HIV, which invades lymphocytes, key cells in the defense against pathogens. This disease emerged in the early eighties of the 20th century as an epidemic in several African countries and by the end of that decade it was considered a pandemic.

This disease emerged in a province in southern China in 2002 and by mid-2003 it had spread to 31 countries on all continents, infecting more than 8,000 people with a mortality of 10%.