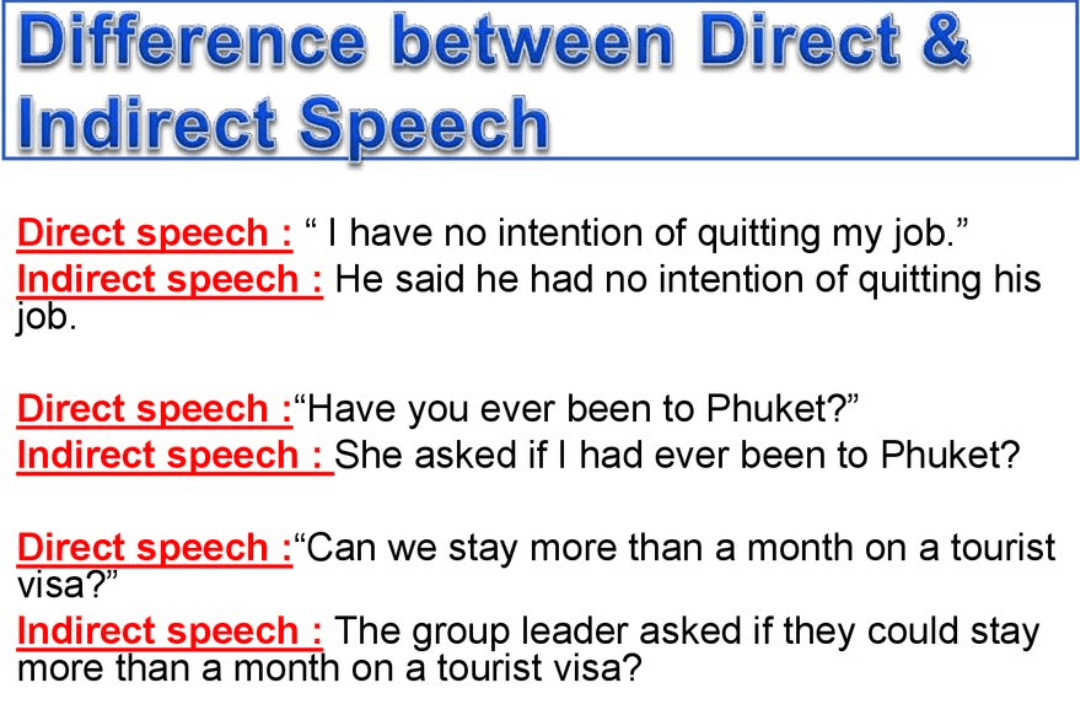 Both direct and indirect speech require the use of the verb to say or any of its variations, such as the verbs announce, explain, narrate, assert, ask, expose, agree, inform, quote, point, etc.

What is Direct Speech?

It is the reproduction of a message in the same way in which it has been sent, without alterations or interpretations. In other words, it is about citing an idea of ​​your own or of another, as it was said.

There are two ways to indicate that it is a direct speech: with quotation marks or with dashes.

In written text, direct speech can be recognized by using quotation marks, indicating that the words that follow are from someone else or have been copied as they were originally written. For example:

She told me: “I prefer to live in a quieter city.” And I agree.

The president declared: “I am very happy with the results.”

Direct speech is a widely used resource in the media, especially in the field of journalism, where it is common to use quotation marks to highlight an idea said by someone. It is also a tool used in academic texts (thesis, specialized books, research papers, etc.) to point out ideas from other authors.

Another way to recognize a direct speech is by the use of lines, which mark the beginning of a dialogue. The stripes indicate that what follows is an exchange between two or more people, reproduced verbatim. For example,

“Do you know what happened to the English teacher?”

-I do not know. Looks like he’s not coming today

Stripes are commonly used in written interviews and in literary texts such as plays, short stories, or novels, where they are used to indicate what each character should say.

And he answered then, softly, as something very important:

“Please: paint me a lamb!” (The Little Prince, by Antoine de Saint-Exupery)

“Mine knows many more.”

What is Indirect Speech?

It is a discursive form in which the message of another sender is paraphrased. That is, the author or narrator takes a message from another, interprets it and incorporates it into his speech not in a textual way (as it was said), but as he wants to tell it.

These types of modifications in indirect speech are made to adapt the original message to the way in which you want to convey the message. For example, in a direct speech, someone says, “I am not available today. But tomorrow we can go to the movies, if you want”. In its indirect form, it would change to:

He told me that he was not available today, but that tomorrow we could go to the movies if I wanted.

In our daily communication, we frequently use the indirect style, both orally and in writing.