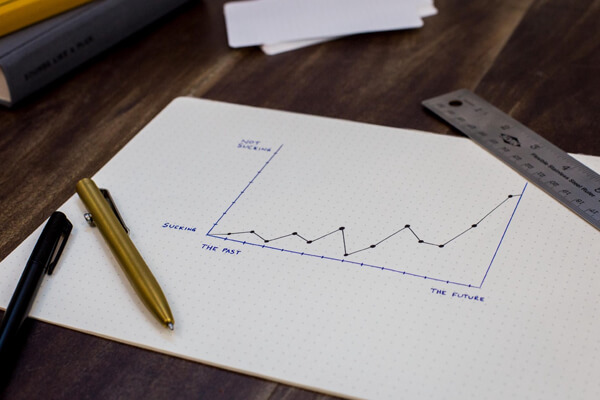 Do you want to know what is the difference between bivariate and multivariate analysis? You are on the right spot to know the answer of this question.

In multiple academic and work fields it is necessary to carry out research work in which the relationship, dependency or influence between two or more variables is measured.

Since high school, young people are taught the importance of measuring and describing variables as elementary as height, weight, and income distribution or student achievement. This is quantitative data analysis.

Analyzes of this type can be univariate , that is, assess a single variable, bivariate when we focus on finding correlations between two variables, or multivariate , which consists of studying more than two variables.

When we analyze a variable and use descriptive statistics to calculate measures of central tendency such as a mean, a median, and a mode; Likewise, when we estimate the dispersion or variability as variance or standard deviation, we use a univariate analysis .

The same happens when we analyze the effects of a predictor variable on a result.

Now, when we use two or more variables in our studies or research, seeking to discover causality, effects or correlations, we can speak of bivariate or multivariate analysis.

A typical bivariate analysis might be to determine the relationship between carbohydrate intake and weight in adolescents.

We say that it is a bivariate analysis because we analyze two dimensions. A dependent variable comes to be the weight of the girls and another independent variable that will be the amount or intake of carbohydrates in their diet.

In case we are not very clear about these terms, we will dedicate this article to the conceptualization and differences between bivariate and multivariate analysis.

What are Dependent variables and Independent Variables?

In an investigation, the independent variable is a “controlled and known” variable that we will manipulate in our study.

The independent variable will be a known and manipulable value or series of values.

For example, the dosage measurement of a drug that is believed to help diabetics regulate blood sugar.

The dependent variable, on the other hand, is the result that will be measured as the degree of sugar in the blood that will be obtained after administering a medication.

What is the difference between Bivariate and Multivariate Analysis

According to the scope, approach, and combinations of these variables, we can approach univariate, bivariate, and multivariate studies.

What is Univariate Analysis?

We can thus analyze the average height of a group of students, their weight or student performance. We generally emphasize one variable at a time.

Some measures to describe the behavior of variables in univariate analysis include:

Measures of central tendency such a

Dispersion measures, such as:

For an experimental study, a group of so-called experimental subjects is given a “treatment” (a new drug, for example) and a control group is given no such prescription.

The same dependent variable is measured for each subject in each group, this could be: blood sugar level, heart rate, grades, or their attitudes about a stimulus, for example.

Some academics suggest that we can speak of univariate analyzes for more than one independent variable (a cocktail of drugs, for example), as long as there is still only one dependent variable. However, there is no consensus on this.

In practice in a data analysis for a classical univariate study, a randomly selected group of subjects is assigned to a control or treatment group and a single factor or dependent variable is examined.

What are Bivariate Analyses?

The dividing line between a univariate and a bivariate study lies in the fact that the latter strictly seeks to analyze two variables together, which we could well denote as “X” and “Y” seeking to prove simple relationships of causality or association.

The basic purpose of bivariate analysis is the investigation of the relationship between two sets of data, such as pairs of observations taken from the same sample or individual.

In statistics, a specific variant of bivariate studies is called simple “correlation analysis”, through which it is sought to demonstrate that there is a significant direct or inverse relationship between two variables.

There is a direct correlation between two variables when an increase in the “control variable” (independent) causes a similar change in the “outcome variable” (dependent).

In bivariate studies, discrimination between dependent and independent variables is not a mandatory requirement; especially when the procedure is not experimental, in contrast to univariate studies.

In most cases of two-variable studies the scope is limited to knowing if the variables “X” and “Y” are linked. A coefficient or statistical ratio that measures the degree of correlation is the coefficient of determination or “R squared”.

Bivariate correlations are widely applicable tools and are used to study how one variable influences another.

With a correlation analysis we test hypotheses that we might think as obvious as that a student’s grade point average (dependent variable or outcome) is correlated with the time spent studying (independent or predictor).

For example, if you want to see how family income influences graduation rates, you can use a bivariate correlation to examine the two variables.