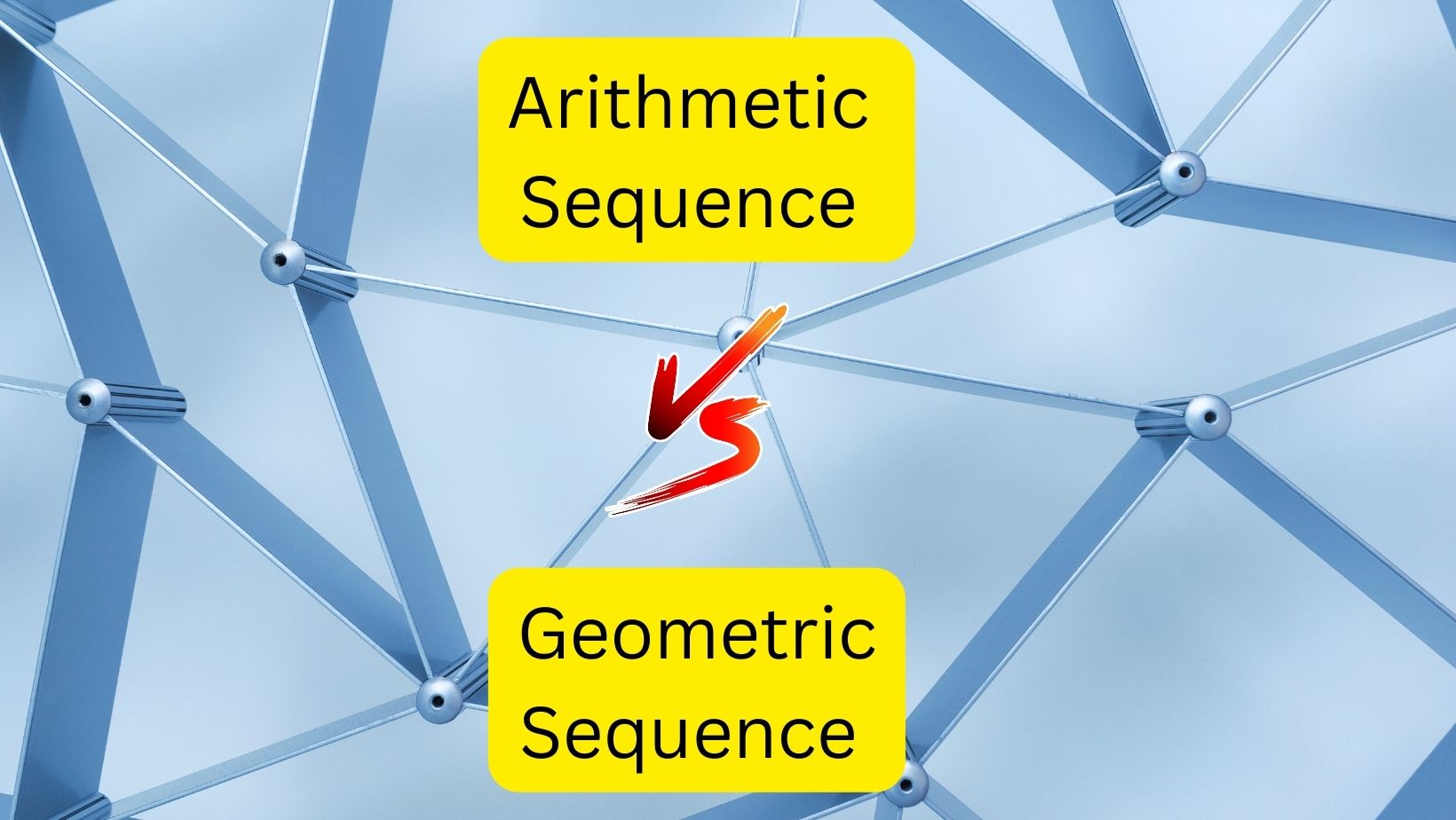 What is the difference between arithmetic and geometric sequence? Is this the question in your mind right now? You have landed at the right place.

Arithmetic sequences have a constant difference between each term. Example: 2, 4, 6,8,10 and 12…. It is clear that each term differs by +2. This is the common difference, or d.

A geometric sequence is defined by a constant ratio between each term (multiplier). Example: 2, 4,8,16 and 32. To find the next term in a sequence, we multiply the preceding term by 2. This is the common ratio r.

These sequences are very similar because they share the same first term. However, I hope you can see how they differ if they have a common distinction or a common ratio.

Difference between Arithmetic and Geometric Sequence

What is Arithmetic Sequence?

What is Geometric Sequence?

As you can see, there is a significant difference between these two types of sequences. Arithmetic sequences can also be used to find savings, cost, increment, and other useful information. The practical application of a geometric sequence can be used to determine population growth, interest, and other factors.