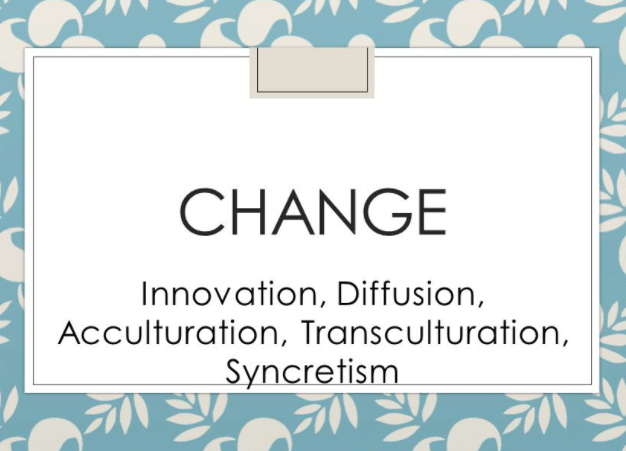 Difference between Acculturation and Transculturation

In the social sciences, acculturation indicates the process of assimilation of cultural practices or traits after cultural contact occurs.

When acculturation occurs, there is an exchange of cultural practices. By involving at least two cultures, this process can be characterized as asymmetric. This means that one of the cultures involved may have a greater weight in it and be less influenced by the other less dominant cultures.

In any case, thanks to the assimilation of elements from one culture to another, acculturation also means that the culture that adopts these elements ends up sharing certain similarities with the culture from which they come.

The transculturacion is a newer term that gives greater depth to the processes of cultural assimilation, through the notion of enrichment and the loss of elements of the cultures involved for creating a new one.

The term transculturation was first coined by Cuban anthropologist Fernando Ortiz (1881-1969) in an effort to define more comprehensively the English term acculturation in Spanish.

In this sense, Ortiz defines transculturation as the processes of formation and consolidation of a new culture from the union of two others.

Fernando Ortiz incorporates with transculturation the notions of both enrichment and loss of one’s own culture for the creation of a new cultural identity. In addition, it distinguishes three stages in transculturation:

Acculturation: acquisition of elements of the new host culture such as, for example, the incorporation of foreign customs such as clothing in indigenous peoples,

Deculturation: uprooting or loss of elements of the native or ancient culture such as, for example, the loss of the mother tongue, and

Neoculturation: emergence of a new culture and cultural identity, such as the creation of Creole food.