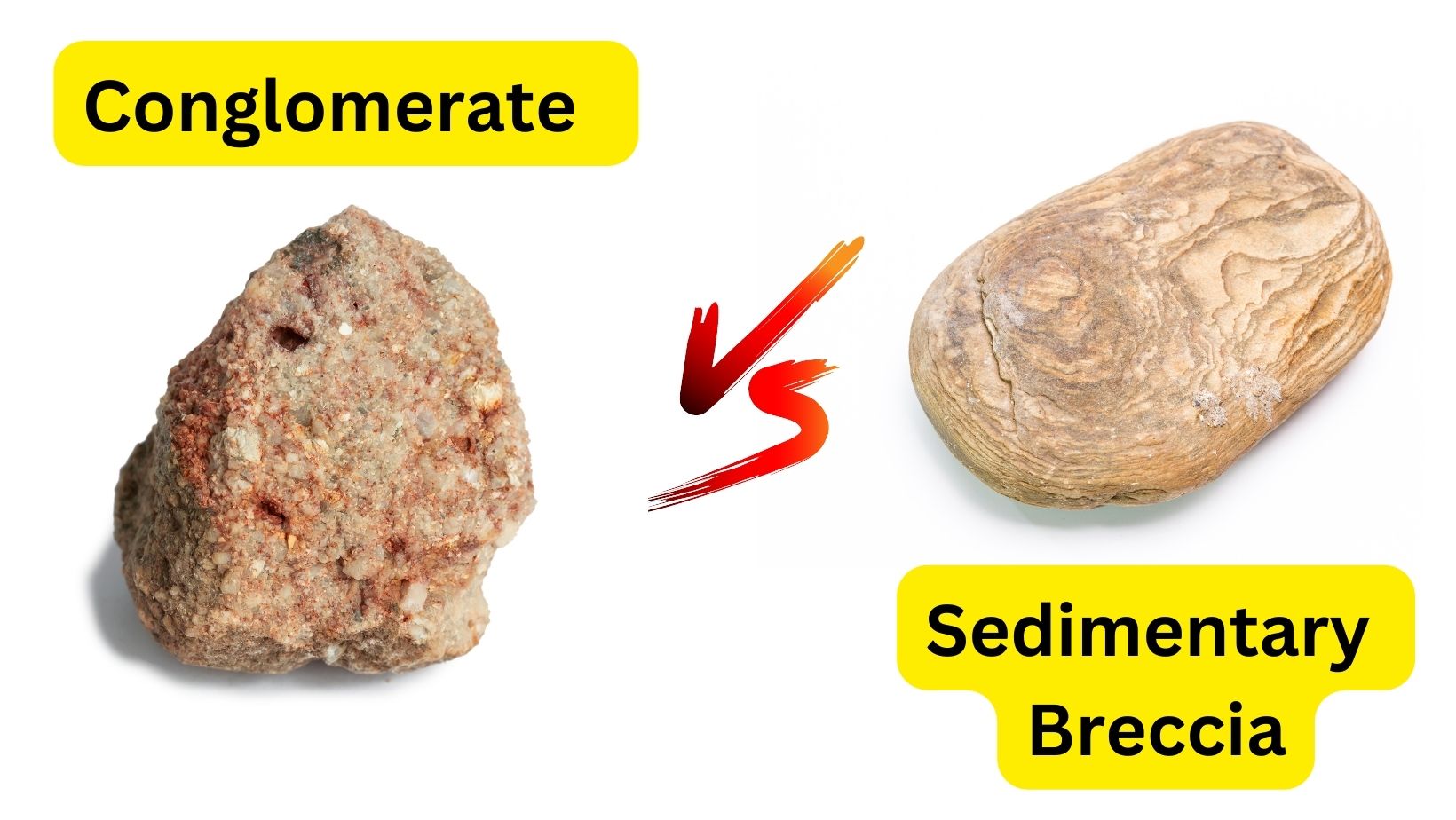 Do you wanna know what is the main difference between a conglomerate and a sedimentary breccia? Conglomerate and Breccia can be difficult to talk about if you’re not a geologist. These two types of sedimentary rock are very similar and many people question their classification as different types.

Breccia refers to clastic sedimentary rock that is formed by the clinging together a large number angular fragments. Breccia is formed when the space between fragments is filled with smaller fragments or mineral cement. This is what holds the rock together.

Breccia formation can often be caused by landslides and impact craters. When meteors strike the earth, rocks are sent flying in the air to form breccias. Breccias are formed when these rocks return to earth.

Clays, quartz, gypsum and calcite are the most common cementing materials found in breccias. Breccias can still be formed with many pores and open spaces. This is why they are considered a good rock for holding gases, groundwater, and even petroleum.

Breccias have an angular texture and are very useful building materials (ornamental). They can be used to make tiles and gravestones. Some breccias can be used as jewelry and are precious.

Conglomerate can also be referred to as a type clastic sedimentary rocks. It is made up of small fragments that have been joined with smaller particles or with mineral cement, which binds the fragments and minerals together.

We can see that both types of rock are very similar in terms of their definitions. They also contain similar ingredients and both are sedimentary. Conglomerates form when pebbles stick together in a matrix, and are bonded together with mineral cement. The main difference between conglomerates and breccias is the roundness of the grains. Conglomerates have more pebbles and grains than breccias. This indicates that the pieces have traveled a greater distance and received impact from transporting materials such as water.

The pieces or fragments found near the rocky outcrop are angular. This is due to mechanical weathering. The sharp edges of the angular fragments become rounded when transported over long distances by water. These fragments are then carried from the outcrop to be cemented together, having been rounded by the action of water.

Conglomerates on the other side, due to their irregular grain sizes, are less durable and therefore, less frequently used as a building material. Conglomerates are beautiful and can be used as ornaments in buildings. Let’s check below the main difference between a conglomerate and a sedimentary breccia.

What is the main Difference between a Conglomerate and a Sedimentary Breccia?